By Yuan Ruiyang and Matthew Walsh 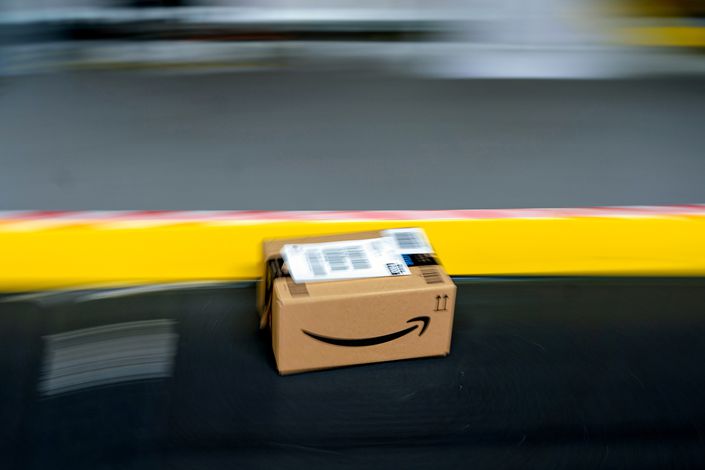 Amazon said it would take “swift actions” against merchants that violate its rules, including suspending or revoking their permission to sell products on the platform. Photo: VCG

Amazon.com Inc. has removed some products sold by Chinese merchants from its global shopping platforms as part of a company-wide crackdown on fake reviews, according to sources close to the world’s largest online retailer.

Although the number of affected vendors is unclear, the clampdown has hit several brands owned by listed Chinese companies. They mainly use the platform to sell consumer electronics and other household goods across international borders.

Amazon is rooting out illicit behavior on its platforms ahead of its annual Prime Day promotion, which typically brings in tens of billions of dollars in sales by offering members discounts on a wide range of products. The company’s country-specific websites generally allow buyers to place orders with third-party merchants as well as orders fulfilled by Amazon itself.

China has fought a years-long battle against fake reviews on the country’s wildly popular e-commerce sites and other platforms, such as those that handle restaurant and hotel bookings. In rare cases, authorities have punished people for generating fraudulent reviews and transactions.

The companies affected by Amazon’s crackdown include a brand partly owned by Chinese technology giants Xiaomi Corp. and ByteDance Inc., as well as those run by subsidiaries of Shenzhen- and Shanghai-listed international trading firms.

The removals occurred in response to an alert triggered by Amazon’s internal compliance monitoring team, the source said, adding that while such actions occur frequently, “people are paying more attention this time as it has affected quite a large number of sellers and involves listed companies.”

In a statement on Sunday, Amazon said it would take “swift actions” against merchants that violate its rules, including suspending or revoking their permission to sell products on the platform. It added that it had a responsibility to maintain a “high-quality business environment.”

One of the affected brands is Mpow, a seller of wireless headphones and other consumer electronics. The brand is owned by Shenzhen Qianhai Patuoxun Network & Technology Co. Ltd., a former subsidiary of Shenzhen-listed Global Top E-Commerce Co. Ltd. (002640.SZ) whose shares were partly sold to Xiaomi and ByteDance during a 2 billion yuan ($311 million) transaction in March.

Large numbers of Mpow’s products began disappearing from Amazon before the Labor Day holiday earlier this month, merchants told Caixin. A search of the retail giant’s U.S. website on Tuesday afternoon found the company’s online store stripped nearly bare of the affected brands, with some of the few remaining items listed as “currently unavailable.”

None of the affected companies responded to Caixin’s requests for comment prior to publication.

Amazon has not yet announced a date for this year’s Prime Day, but said in its quarterly earnings report last month that it will take place before the end of June.