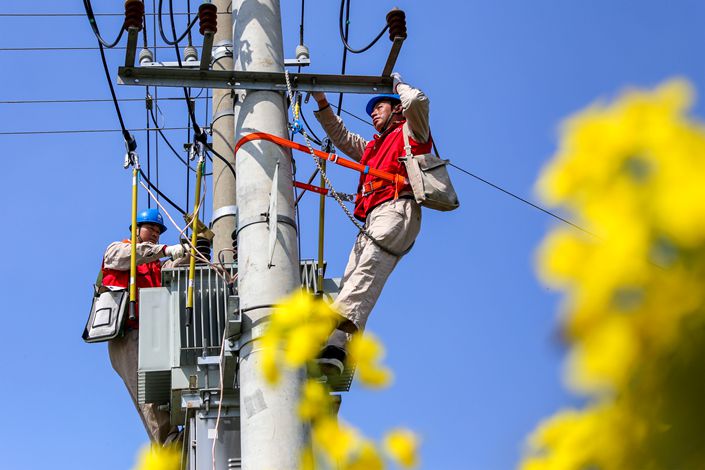 Since 2016, the National Development and Reform Commission (NDRC) and the National Energy Administration approved 459 pilot projects for incremental power distribution. But only 30% of the projects obtained licenses, according to a progress update by the China Energy Research Society. The government-set prices they pay for electricity are too high to guarantee profitability, and the state-owned power companies drag their feet on completing connections with the new networks, industry experts say.

Now the central government may no longer approve new pilot projects and instead may let local governments decide, a person close to the NDRC, the country’s top planner, told Caixin.

Before China’s first round of power system restructuring in 2002, the country’s electricity industry was monopolized by one state-owned company, State Grid Corp. It operated a complete business chain from generation to transmission to distribution and sales. To break the monopoly and introduce competition, China separated generation and transmission by restructuring the former State Grid into two grid companies, five generation groups and four accessory business companies.

However, the wholesale market still lacks competition without a proper pricing mechanism for transmission and distribution, industry experts say. Power producers have to sell electricity at prices set by the grid companies under the supervision of the government.

In 2015, the State Council issued Document No. 9 on overhauling the inefficient and monopolistic power sector — titled “Opinions on Furthering Reform of the Electricity Market.” The general idea was to “let go of both ends and hold the middle.” Letting go of both ends referred to opening up the market on the power generation and sales side and encouraging investment in incremental power distribution networks. Holding the middle means to strengthen government management in power grids, power transmission and distribution.

A reasonable distribution price mechanism is key to the success of incremental distribution networks and directly determines the investment returns on such projects.

China’s electricity rates are tightly regulated by the NDRC, but actual prices in the provinces are determined by distribution network operators. That is why power rates vary across different regions. For example, industrial users in Qinghai, one of least populated provinces in the northwest, pay power bills twice as high as peers in Beijing.

The head of an incremental distribution network project in Zhengzhou, Henan province, told Caixin that the project supplies about 80 million kilowatts of electricity annually and gets only a 0.03 yuan ($0.0047) price spread per kilowatt, leaving the operator with 2.4 million yuan of revenue. After taxes, power losses in transmission and labor expenses, the project has an annual loss of nearly 2 million yuan, the executive said.

Incremental distribution networks play a role as a supplement to public power grids to secure power supply, but they are treated as end users in terms of prices, said Zhan Shuguang, a partner at Beijing-based Sino-Integrity Law Firm.

If a pilot project doesn’t have many general commercial and industrial users, the price mechanism makes it very hard to turn a profit.

An executive of an incremental distribution project in Jiangxi province told Caixin that the project currently supplies only 8 million kilowatts of electricity annually, meaning it can’t recover the tens of millions of yuan of investment in transmission stations.

Another factor affecting the pilot projects’ profitability is whether they should pay a fixed charge to provincial power grids. Unless the electricity cost is based on actual usage, the fixed charge is a monthly fee based on transformer capacity. For example, an incremental distribution network in the Datong Equipment Manufacturing Industrial Park in Shanxi province pays the local power grid 36 yuan per kilowatt per month no matter how much electricity end users actually consume, according to Guo Qiwei, the project head. Meanwhile, the network gets only a 0.03 yuan per kilowatt gross profit margin between what it pays the grid and what it charges end users. After operating expenses, the project loses money, Guo said.

Some provinces have started to change the way provincial grids charge the incremental distribution networks. For example, in Guizhou, now the monthly fee is charged based on the actual usage instead of a fixed fee.

Incremental distribution networks also face difficulties getting connections to provincial grids as they compete directly. Provincial grids, as regional monopoly power suppliers, are motivated to slow the growth of new competition by delaying connections, an official at a local energy bureau said.

The head of an incremental distribution network in Ningxia told Caixin that the project completed construction and all the paperwork more than a year ago, but it still can’t get a connection to the grid. It took more than a year for the first transmission station at the Datong project to get a connection, and its second station completed last year is still idle, project head Guo said.

Seeking a way out

In December, 14 incremental distribution network companies submitted a joint letter to the NDRC and the National Energy Administration complaining about the slow progress in power system restructuring. They called for regulators to allow them to connect with off-grid power plants if they can’t be connected to public grids in a reasonable time. The NDRC rejected the request, saying it wasn’t in line with current policy and could encourage the growth of off-grid power plants.

As China’s power price is regulated by the government, it’s not realistic to expect the incremental distribution network projects to make big returns, said Zhang Lizi, a professor at North China Electric Power University in Beijing.

The incremental distribution networks can’t wait for the grid companies to give up part of their profits or wait for an improved price mechanism, Zhang said. The companies need to expand their business and create value for clients, she said.

The Ningxia project, even though still not connected with the grid, has raised more than 300 million yuan of revenue by providing integrated energy services to users, more than recovering its 200 million yuan of investment, according to the project head.