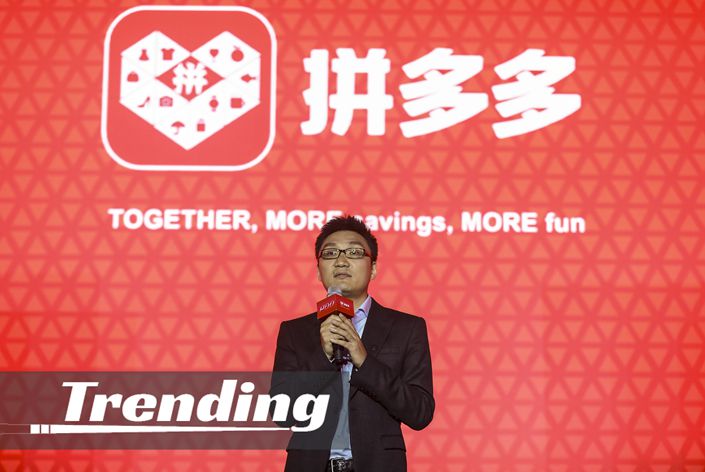 After climbing to No.1 on the Hurun 100 Rich List faster than anyone else before him, Colin Huang, founder of group-buying platform Pinduoduo, has now become China’s No. 1 philanthropist in record time. Huang took the top spot on the Hurun Philanthropy List 2021 after pledging billions of yuan — mainly for social responsibility projects and scientific research.

The Hurun Research Institute released the Hurun China Philanthropy List 2021 on Tuesday, the 18th annual publication of a list that complements its annual tally of the wealthiest people in China, which is published in October.

Colin Huang, who gave up his role as Pinduoduo CEO in July, is currently China’s third-richest person. Huang and fellow Pinduoduo founders have pledged 2.37% of their company’s shares to charity, with donations this year totaling 120 billion yuan.

Huang’s Starry Night Foundation, established in June with the Shanghai municipal government, will fund an institute at his alma mater Zhejiang University to support innovation and research in biomedical sciences, as well as agriculture and food, according to a company statement released on March 18. “The first batch of projects that will receive funding from the foundation include research into cell-cultured fish, tumor neoantigens, and major neurocognitive disorders,” the statement said.

The Hurun Report, established in 1999, reported that second on the China Philanthropy List was appliance-maker Midea’s He Xiangjian, 69, who spent 6.3 billion yuan to build a hospital in his hometown of Foshan, South China’s Guangdong province. Evergrande’s Xu Jiayin was third on the list with 2.4 billion yuan in donations focused on poverty alleviation in Southwest China’s Guizhou province. The real estate chief has been in the top three for five straight years.

In 2021, there were 39 “billionaire philanthropists” on the Hurun list, second only to the 47 listed in 2019. The report said that in the year of the pandemic, donations for health care had risen as a share of all donations from 17% to 27%, becoming the second-largest area receiving charitable contributions.

Envious comments such as “So Pinduoduo has so much money that it can give away millions?” often appear at the top of social media comments pages.

However, others seem impressed. “This figure — compared with the money wasted by other companies — shows Pinduoduo is impossible to beat.”

“Jack Ma and Pony Ma should study this,” one commenter pointed out, referring to the founders of Alibaba and Tencent, who both once ranked high on the list.

One commenter joked, “I won’t say anything else on the topic, but Pinduoduo’s fruit is super tasty.”