By Timmy Shen and Qian Tong 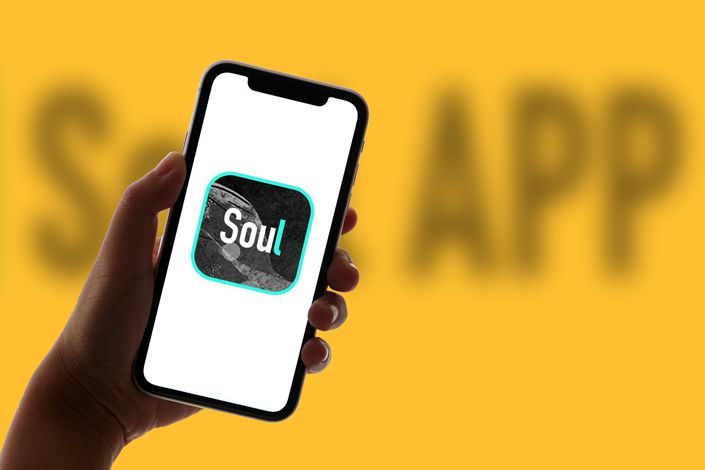 Soulgate launched its eponymous app in November 2016, matching users to like-minded individuals online via artificial intelligence after they take a personality test and list their interests. Photo: VCG

Tencent-backed social media app operator Soulgate Inc. is seeking to raise an initial target of $100 million in a public offering in the U.S., betting investors will buy into the growth story of its networking features even as it continues to lose money.

Soulgate, whose dating and chatting app Soul targets adults under 30, on Monday filed its prospectus ahead of a planned listing on the Nasdaq, saying it would spend the proceeds mainly on developing its artificial intelligence, big data capability and technology infrastructure, as well as brand marketing and promotional activities to grow its user base.

Soulgate launched its eponymous app in November 2016, matching users to like-minded individuals online via artificial intelligence after they take a personality test and list their interests. The app is especially designed to appeal to younger adults, with 73.9% of its average daily active users (DAUs) in March born in or after 1990.

The move comes as Soulgate seeks to capture a larger share of China’s mobile social networking market, the world’s largest with 890.1 million users in 2020, with that number expected to grow to 1.06 billion users in 2024, the filing said citing an iResearch report. In March, Soul had 9.1 million DAUs on average. In 2020, it averaged 5.9 million DAUs, up from 3.3 million in 2019.

However, the company is dwarfed by similar Chinese apps such as Nasdaq-listed Momo, which had 113.8 million monthly active users in December 2020 compared to Soul’s average of 20.8 million throughout 2020, according to company statements.

Like many Chinese internet startups that pursue growth over profits in their first few years, Soulgate is yet to turn a profit with losses expanding last year to 600.9 million yuan ($92.1 million), from 348.7 million yuan in 2019, according to its prospectus. In the first quarter of this year, the company’s net loss ballooned sixfold year-on-year to 409.6 million yuan.

However, the company has posted steady revenue growth, recording 498 million yuan in total revenues last year, up from 70.7 million yuan in 2019. In the first quarter of this year, its revenue amounted to 238.2 million yuan, up from 66.2 million yuan in the same period last year. The growth was mainly due to its value-added services that offers additional social features and functions that users pay to access, it said.

Tencent Holdings Ltd. holds 49.9% of Soulgate via a Hong Kong unit and has an aggregate voting power of 25.7%, while Soulgate founder Zhang Lu holds 32% of the company and 65% voting power, the prospectus showed.

The company says growing its base will be key to its future success, with 40% of proceeds from the listing earmarked for sales and marketing, according to the prospectus.

“If we fail to retain our existing users or further grow our user base, or if our user engagement declines, our business and operating results may be materially and adversely affected,” the company said.

Sales and marketing comprise a majority of the company’s operating expenses, with advertising spending amounting to 602.1 million yuan in 2020, up from 196.6 million yuan in 2019, representing 120.9% of its revenues, according to the prospectus.

Another potential issue is content screening, with Soulgate saying that “content posted or displayed in our community may be found to be objectionable by regulatory authorities in China and elsewhere and may subject us to penalties and other severe consequences.”

In March 2020, new rules issued by the Cyberspace Administration of China, came into force, tightening controls on the distribution of information over the internet and stipulating that internet content providers must take relevant measures to prevent the production and distribution of undesirable information.