Trending in China: Stories of Young Survivors on 13th Anniversary of Wenchuan Earthquake 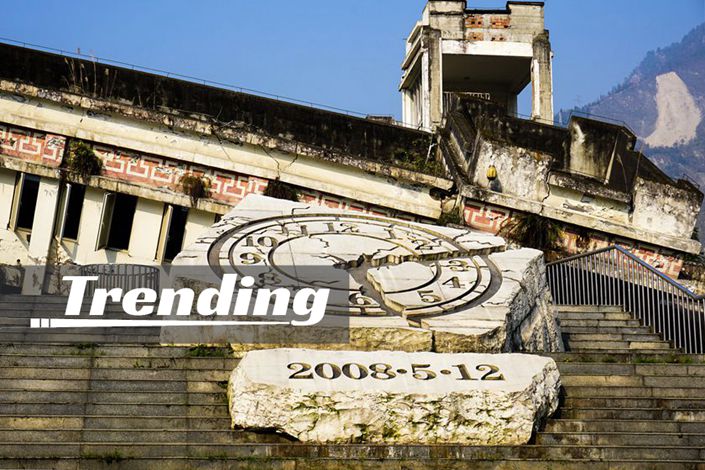 #地震少年13年前后对比照# The hashtag #Earthquake-survivors-photos-then-and-13-years-later# has been read by 34 million and commented on by 21,000 on Wednesday.

Thirteen years to the day after the Wenchuan earthquake killed at least 69,000 people and displaced many thousands more, Chinese social media is full of survivor accounts. Xue Hao, who told rescuers ‘I want a cold Coke’ after being pulled from the rubble, has grown up to become a curator at a Coca Cola Museum. What happened to the others?

As students across China practice drills aimed at saving their lives if such a disaster ever strikes again, the scars of 2008 were on display on Chinese social media.

On May 12, 2008, a 8.0 magnitude earthquake struck in Wenchuan, Southwest China’s Sichuan province. At Xuankou Middle School, the epicenter of the quake, the clock has remained stopped at 2:28 p.m. The playground in front of the damaged school building is now a memorial.

A photo montage posted by the state-run People's Daily on social media site Weibo showed then and now pictures of children who survived the earthquake. Saying farewell to relief workers in 2008, the schoolboy Cheng Qiang was seen waving a banner that said “I'll grow up to become a paratrooper.” He is now a squadron leader of a paratrooper brigade. Third grader Tang Zihan, who was rescued by a teacher, decided to follow in her rescuer's footsteps and join the profession.

Many children died in the earthquake, which occurred during an ordinary school day, and many more suffered life-changing injuries or family deaths. Li Xinyu, who lost his right hand in the disaster, went on to gain a high score in his college entrance exam and attend Central China Normal University. Qiao Lianzhen, who was orphaned on that day, joined the army.

Comments under the story on Weibo have been largely admiring of the lives that these well-remember survivors have made for themselves.

“Those who survive disasters will be blessed,” said one. “Is this the circle of life? A child rescued by their teacher becomes a teacher,” said another.

Some expressed their pride in the countless rescuers, military and civilian, who flocked to Sichuan 13 years ago. “Every time I think of that year, I feel heartache for the deceased and think about joining the army. I'm so proud of their efforts!”

Others were proud of China's reconstruction efforts. “The ruins of Xuankou Middle School, which was more or less completely preserved after the catastrophe, became one of the witnesses of the catastrophic earthquake. After its reconstruction, Yingxiu town, with white walls and grey tiles, small bridges and flowing water, has vitality and hope. It is flourishing and full of tourists."

Social media users also reminisced about where they were at the time of the quake. “I rushed to Sichuan to interview people at the time, and stood still when I heard the rescuers’ whistles. Well, it will get better, Wenchuan, just keep going!”

Despite time passing, memories remained vivid for many. “When I was young, I didn’t have such strong feelings. Now I look back at what happened, I am ready to burst into tears,” one said.

For some, the name Wenchuan is now connected with Wuhan, the epicenter of a very different disaster, that of Covid-19. “I remember people saying ‘All for one, and one for all’ after the Wenchuan earthquake, and felt the full weight of the saying last year with Wuhan,” one commenter said.