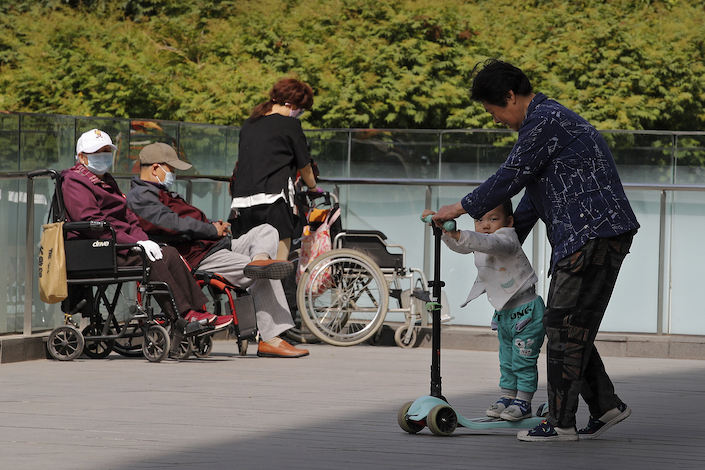 China recorded new lows in 2020 for the number of newborns and the birth rate since the country’s founding. According to newly released data from the seventh national population census, there were just 12 million newborns in China last year, down 18% from 2019 and 33% from 2016, the year when China eased controls to allow all couples to have a second child.

Based on this, the total national fertility rate was 1.3 children for each women of childbearing age. This is a shocking statistic as the rate needs to be 2.1 to maintain a population level, according to the United Nations.

But what is more worrisome is that the 1.3 fertility rate is set to continue declining based on a simple reading of demographic trends. China faces the severest population problem in the world, reflecting exorbitant child-rearing costs and inadequate support for families. Without significant policy changes, China faces a dramatic plunge in population that would lead to a rapid decline in innovation, economic growth and national strength.

Part of what’s going on is that the “accumulation effect” of clearing the way for families to have a second child is gradually dissipating. This refers to a short-term boom in second births resulting from policy easing as some families that wanted a second child rushed to give birth. Many middle-aged women, considering the impact of health conditions on fertility, prepared to have a second child soon after the restrictions were lifted and before they passed out of childbearing age. This amplified the national fertility rate over a certain period.

Similarly, the fertility rate in 2020 was 1.3, but if we remove the influence of the accumulation effect, the natural fertility rate was only 1.0–1.1. (An accurate calculation will require detailed data from the population census.) This is half the replacement level of at least two births per woman. It is even 0.5 lower than the 1.6 average fertility rate of many developed countries in Europe and America, and 0.3 lower than Japan, which is experiencing a serious fertility problem.

Although the 12 million newborns was half that of the previous generation, it has not hit bottom. In the following decade, China’s birth and fertility rates will continue to decline. Women ages 22 to 35 contribute the most to the fertility rate. According to existing demographic data, the number of Chinese women ages 22 to 35 will decline sharply — by more than 30% — over the next decade. Thus, in the absence of powerful policy interventions, the number of newborns in China may drop below 10 million in the next few years, possibly becoming the lowest in the world.

An increasing amount of data is emerging to support these predictions.

Some scholars find such alarming data hard to believe. How did Chinese people become the least willing to have children in the world? But according to our research over recent years, it is not surprising that China’s fertility rate would drop to the world’s lowest.

The decline is primarily ascribed to modernization and urbanization. But in that case all developed countries should have these trends in common. So why is China’s low-birth-rate problem so much worse? Setting aside China’s family planning policy, there are three additional factors.

Second, China has the highest cost and pressure in education. The unique gaokao — college entrance examination — system forces Chinese parents to spend vast amounts of money and energy on improving their children’s academic performance. This supports a thriving supplementary tutoring industry, culminating in the highest cost of raising a child in the world relative to income. In Shanghai for example, the cost of raising a child from birth through junior high school is approximately 800,000 yuan ($124,494). This is higher than the corresponding cost in developed countries even though China’s average per capita income is only one-third that of developed countries, according to a survey from the Institute of Urban and Population Development of the Shanghai Academy of Social Sciences.

Third, China’s fertility environment is far less friendly than that of developed countries. The maternity leave system, child care industry and women’s equality all need major improvements. Compared with advanced countries and regions, China has a severe shortage of child care institutions. A 2015 government survey shows that only 4% of children between the ages of 0 and 3 had access to the services of child care institutions. Considering that in some highly developed countries this figure can reach 50%, there is a serious discrepancy.

The data leads us to conclude that urban China has the highest child-rearing costs of anywhere in the world, in turn leading to the lowest fertility rates in the world. The fertility rate of registered residents in Beijing and Shanghai was only 0.7 in 2010. Worse still, Beijing’s rate dropped dramatically this year — by 24% — which is unprecedented throughout the world. Judging from the situation in Beijing, it’s not so hard to predict the future for China’s other cities.

Some people might argue that China’s rural areas still have large, young populations whose fertility rates tend to be higher. This rings true, but in fact it only implies the underlying severity of the problem because China’s fertility rate is still so low even with major contributions from China’s young rural populations. And as these groups continue migrating to cities, the rate will only decline. In Northeast China, where the urbanization rate is relatively high, the fertility rate is only 0.7, a world low as a region. All of these indicators say that China’s young people, whether they be in urban or rural areas, all have extremely low fertility desire. What’s more, the vast majority of China’s rural youth of today will live in urbanized areas in the decades ahead, where they will face greater cost pressures for raising children.

In relation to its per capita income, China ranks highest in the world for the cost of raising a child. Therefore, as unbelievable as China’s fertility rate appears in the 2020 census data, a closer look at the underlying factors removes any suspicion or doubt. And as urbanization only intensifies, China’s fertility rate will continue to decline — very likely to the lowest in the world, far lower than that of all established powers, including Japan.

It will mean a halving of the national population every generation. It has been repeatedly demonstrated that a plunge in population ushers in a sustained weakening of scale effects and innovation capabilities, thus leading to a decline in overall national strength. Therefore, China needs to make this a top priority. It must scrap all restrictions on childbirth as soon as possible and strongly encourage fertility. Eliminating restrictions, however, must be accompanied by supportive policies.

The 14th Five-Year Plan proposes to “improve maternity policy” to be more “inclusive.” This suggests that liberalized policies will be implemented in coming years to encourage childbirth, including reducing the costs of raising a child, thus averting the immediate risks posed by low fertility and ensuring a flourishing population.

Liang Jianzhang is the chairman and co-founder of online travel giant Trip.com Group Ltd. He is also a professor of economics at Peking University’s Guanghua School of Management.