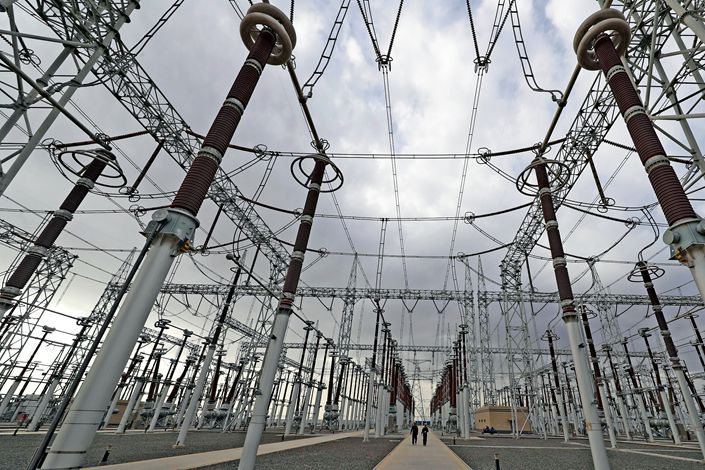 Reducing the amount of carbon dioxide emitted during power generation and the production of industrial materials is regarded as crucial for China to meet its commitment to bring its overall emissions of the greenhouse gas to a peak by 2030 and to net zero by 2060. Photo: VCG

China’s state planner has pressed seven provinces to use energy more efficiently after they missed key targets in the first quarter, as the central government looks to bring the power and industrial sectors in line with its climate commitments.

Liu Dechun, director of Environmental Protection and Resource Conservation at the National Development and Reform Commission (NDRC), reaffirmed to officials from Zhejiang, Guangdong, Yunnan and Qinghai provinces and the Guangxi, Ningxia and Xinjiang autonomous regions that they must work “earnestly” to meet annual energy consumption aims, according to a statement (link in Chinese) published Thursday on the planner’s website.

Energy consumption and intensity had risen, not fallen, in those areas during the first three months of the year, the statement said.

Reducing the amount of carbon dioxide emitted during power generation and the production of industrial materials like steel is regarded as crucial for China to meet its commitment to bring its overall emissions of the greenhouse gas to a peak by 2030 and to net zero by 2060.

But emissions curbs — or the threat of them — are also producing side-effects, such as helping to sustain high prices for commodities like aluminum that take vast amounts of energy to make.

According to the statement, Liu said in a video conference that the provinces must put more effort into China’s so-called “dual controls,” which aim to rein in both power consumption and energy intensity. The latter term refers to carbon dioxide produced per unit of GDP.

Additionally, Liu encouraged the delegates to promote energy-saving and carbon-reduction projects; speed up the low-energy transition in the electricity, steel, ferrous metals, construction, petrochemicals and chemical engineering industries; and upgrade buildings and transportation so that they use less energy.

The meeting follows recent orders from Beijing to certain provinces to crack down on energy-intensive industries. Last month, the northern region of Inner Mongolia moved to cut its production capacity of steel, coking coal and ferro-alloys through 2023.

Inner Mongolia also said in March that it would suspend approvals for energy-intensive projects. The resource-rich region was the only province in China that failed to meet its annual energy targets in 2019, according to Reuters. Data from last year is a poor comparison given the impact of the Covid-19 pandemic on the power and industrial sectors.