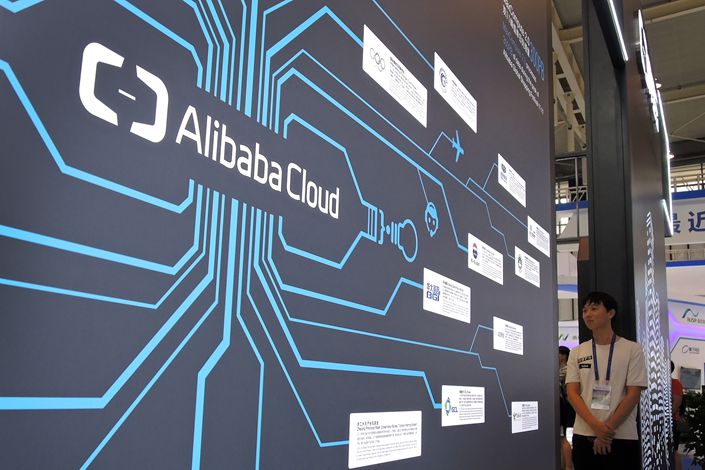 The loss of TikTok comes as a major setback for Alibaba’s global cloud aspirations. Photo: VCG

Social media sensation ByteDance has dropped Alibaba’s cloud services for its businesses outside China, two sources told Caixin, dealing a major setback to the e-commerce giant’s global aspirations for a unit that is becoming a major new revenue source.

Alibaba Group Holding Ltd. alluded to the setback in its latest earnings report on Thursday, saying that the loss of “a top cloud customer in the internet industry” was responsible for sharply slower growth for its cloud services division in the three months through March. It did not name the customer.

But two sources familiar with the matter identified the company as ByteDance, saying it had decided to stop using Alibaba for its international businesses including TikTok, the short video app that is wildly popular among young internet users in the U.S. and many other Western countries.

TikTok has been at the center of near-nonstop controversy for much of the past year due to accusations by the administration of former U.S. President Donald Trump that the app could pose a national security threat due to ByteDance’s status as Chinese company beholden to Beijing. ByteDance has repeatedly denied it would supply data on its non-Chinese users to the Chinese government.

Following the loss of the unnamed major customer, Alibaba said its cloud division posted 37% revenue growth to 16.8 billion yuan ($2.6 billion) in the first three months of the year — a record slow rate for the company and well behind the 58% growth it posted for the same quarter a year earlier. That slowdown meant Alibaba Cloud accounted for 9% of the company’s revenue in the latest quarter, down from 11% of total revenue for the same period a year earlier.

Alibaba said the unnamed customer that it lost “has a sizeable presence outside of China that used our overseas cloud services in the past, (and) has decided to terminate the relationship with respect to their international business due to non-product related requirements.”

“Excluding this customer, Alibaba Cloud’s top 10 non-affiliated customers together accounted for no more than 8% of Alibaba Cloud’s total revenue in fiscal year 2021. Going forward, we believe that our cloud computing revenue will be further diversified across customers and industries,” Alibaba said in its results announcement.

Despite the loss of ByteDance’s overseas business, Alibaba Cloud was able to post its second consecutive profitable quarter on the basis of earnings before interest, taxes and amortization (EBITA) during its latest quarter.

“Although cloud’s non-GAAP EBITA margin further improved to 1.8% in (the first three months of 2021) from 0.1% in (the final three months of 2020), cloud revenue growth of 37% was 7% below our estimate due to the loss of a key customer which had a sizable presence outside China,” he wrote. “Going forward, Alibaba cloud will continue to diversify across customers and other fast-growing industries like healthcare.”

One of the sources knowledgeable on the ByteDance defection said business from the lost part of that relationship would have been worth about $800 million per year. The source added that ByteDance plans to move that part the business to cloud services run by Amazon and Oracle.

Tiktok had decided last year to set up a data center in the U.S. and wasn’t using Alibaba Cloud services or data centers in the U.S. for the past year, one of the knowledgeable sources told Caixin. But it had been using Alibaba’s Singapore-based cloud services as a backup for its U.S. operation. A person familiar with the global cloud market told Caixin that Singapore wasn’t really a suitable place for backing up TikTok’s North America operations anyhow because of its distance from the U.S., and was more suited for clients in Southeast Asia.

The loss of TikTok comes as a major setback for Alibaba’s global cloud aspirations. The company had already stopped its U.S. expansion in 2018 due to concerns about the growing U.S.-China trade war at that time under Trump. It entered the U.S. in 2014 and set up data centers in the country, and was trying to compete with local service providers by offering lower prices.

The company also hoped to expand its global footprint through China’s Belt and Road Initiative that encourages developing countries to build new infrastructure, often with the help of Chinese companies and financing.