By Lu Yutong and Matthew Walsh 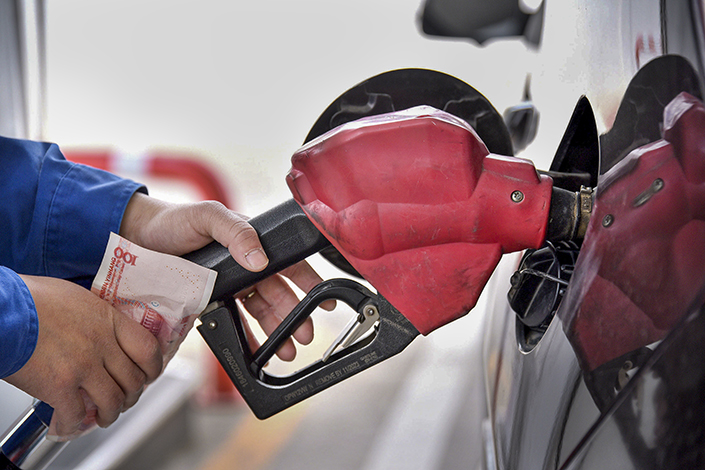 China has said it will impose consumption duties on four kinds of imported refined oils from mid-June in a bid to crack down on illegal fuel trading.

The levies will apply to one type of light cycle oil (LCO), two types of mixed aromatics and one type of diluted bitumen (dilbit), according to a government notice.

All of the fuels are currently exempt from China’s consumption duties on imported fuels including diesel and other products.

The move comes after police detained employees of a BP PLC joint venture in southern China as part of an investigation into illicit fuel sales.

The Asian nation’s variable tax rates on imported fuels have made it lucrative for traders to import untaxed fuels, mix them with other products and illegally sell the adulterated blends.

Often, traders either sell them under the table to end users like fisheries, mines and construction firms, or use fake invoices to sell them to gas stations at market prices, a senior trade official previously told Caixin.

The practices are not only against the law, but also flood the market with products that do not meet quality controls and cause more pollution compared to standard fuels, the official said.

Authorities have gone after illegal fuel traders in an effort to protect legitimate fuel sellers, ensure compliance across the supply chain and reduce air pollution. But the campaign intensified recently when authorities in the southern province of Guangdong detained hundreds of people as part of a probe into illicit sales of LCO.

The employees, who work in departments responsible for sales, contracts and shipping documents, were suspected of producing or selling fake or substandard products, sources told Caixin.

Friday’s notice (link in Chinese) said imported LCO and mixed aromatics — two key feedstocks for diesel and gasoline — will be subject to consumption tax of 1.52 yuan ($0.24) per liter.

It added that imported dilbit — a diluted form of bitumen that makes it easier to transport — will be subject to a levy of 1.2 yuan per liter.

The new duties will come into effect on June 12, according to the document, which was jointly issued by China’s finance ministry, customs administration and tax agency.

Industry insiders told Caixin the policy sent a clear signal that Beijing is ramping up efforts to clean up the fuel market by closing tax loopholes while clamping down on illegal activity.

The move would force an industry “reshuffle” in China’s industrial south and east, said Xu Peng, a refined oils analyst at JLC, a Beijing-based research firm.

Aside from driving up prices of the affected products, the new levies may also trigger price hikes for gasoline and diesel, according to analysts at Oilchem, a research firm specializing in commodities.