Fisher: Why The Yuan’s Ascent Helps the World — Including America 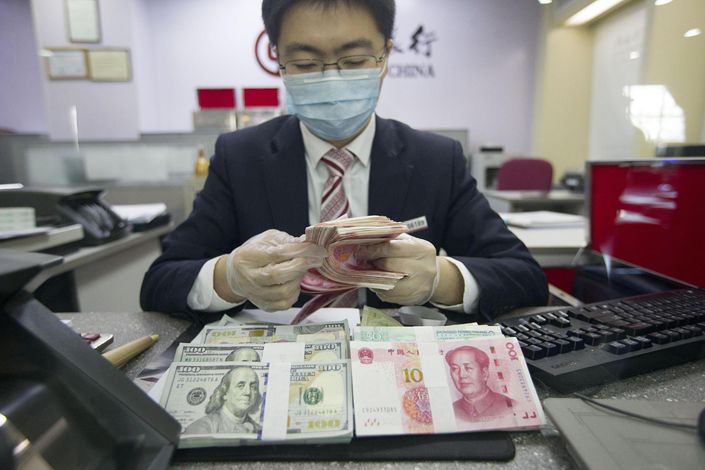 The yuan or the dollar — which one wins? That is what Western pundits keep asking. For decades, they worried the dollar would lose its status as the world’s primary reserve currency and render America’s enormous debt unaffordable. Now they fear global central banks’ declining dollar reserves and the digital yuan’s debut signal that the greenback’s demise is finally here. These fears miss the point: Currencies aren’t a winner-take-all game. The yuan’s ascent is bullish not only for China, but the rest of the world, too — including America. Let me explain.

The dollar became the world’s chief reserve currency in the late 1950s — when the U.S. pegged the dollar to gold and other Western nations pegged their currencies to the dollar. Ever since, pundits and many politicians have cried foul. In the 1960s, French Finance Minister Valery Giscard d’Estaing famously dubbed the dollar’s status America’s “exorbitant privilege.” He claimed it juiced demand for U.S. Treasurys and other American assets, letting the U.S. gorge itself on cheap debt while the rest of the prudent world paid full freight. That view blossomed into a long life of its own, outlasting the gold standard. Debt doomers have particularly latched on since 2008, worrying the world would surely ditch the dollar for other currencies — especially the yuan. To them, any slip in the dollar’s usage signals America is “losing” — and about to relinquish the cheap-debt advantage they say the dollar provides.

Those fretting the dollar’s demise are right about one thing: The dollar’s share of central bank reserves is down. Back in 2000, the dollar accounted for 71% of disclosed forex reserves. Today, that figure is 59% — a 25-year low. The yuan’s rise is part of this story. Absent from foreign central bank balance sheets in 2000, the yuan now accounts for 2.3% of global reserves. But Canada’s loonie is on the rise, too — up from zero in 2000 to 2.1% today. The euro — new on the scene in 2000 — accounted for 18% of central bank reserves then. Now that is up to 21% — though not without some big fluctuations around Europe’s debt crisis. British sterling rose over that period, too, from 2.8% to 4.7% of world reserves.

Western pundits who see these shifts as wins and losses can’t fathom a simple truth. Declining dollar reserves don’t mean investors are losing faith in America. It means they are gaining confidence in other countries and their currencies. In an increasingly globalized world economy, that is great news. China’s leaders know this. That is why People’s Bank of China (PBOC) Deputy Governor Li reiterated in April that China isn’t aiming for the yuan to supplant the dollar. It simply wants to give the market choices, facilitating trade and investment. That is correct! And for investors — Chinese, American and elsewhere — more trade and investment is bullish.

Elsewhere, the euro’s path hasn’t been smooth. Central bank euro holdings rose as high as 28% in 2009 — before debt crisis fears cut it to 19% in 2016. Its rebound since then, though — amid widespread Brexit worries — shows confidence in a currency many long thought might not even survive. The loonie’s emergence on the global currency stage, meanwhile, reflects investors’ increasing comfort with the Canadian market’s depth and breadth.

But even beyond this, here is the crucial reality Western pundits miss: In a rapidly expanding global economy, one currency’s success needn’t signal another’s demise. Consider: Since 2010, global central banks’ total dollar holdings more than doubled! Since 2000, they are up almost seven-fold. Just last year they jumped 4.2%. How can dollar holdings rise alongside the ascent of the yuan, euro and other currencies? Because the overall size of forex reserves has skyrocketed. Hence, the dollar is still in super strong demand — it simply has a slightly smaller piece of a much bigger pie today. Dollar demand keeps rising because U.S. Treasurys are the deepest, most liquid, trusted market. That is why it is central banks’ most held currency — not because talking heads deem it the “global reserve currency.”

Furthermore, despite Western pundits’ claims, even if the dollar’s status had eroded, it wouldn’t matter much to the country’s finances. The U.S. gets little from its “reserve currency” status. Yes, the dollar is part of a huge amount of global transactions. But it isn’t as if America’s government or its people get some cut or commission on those deals. Nor does reserve currency status guarantee the U.S. lower financing costs. Presently the U.S. 10-year government bond pays 1.6% — low, yes, but higher than most other developed nations. Some European countries have negative 10-year yields. Germany’s is -0.25% and Switzerland’s -0.22%. France’s 10-year is just 0.11%. Italy? Despite frequent debt-fear flare-ups, it can borrow for 10 years at 0.86%.

It is the same story outside Europe. Japan pays a mere 0.09% on its 10-year, yet the yen accounts for only 6% of global reserves. That is despite Japan’s net debt-to-GDP ratio dwarfing America’s, 172% to 109%. Canada’s 1.5% and Australia’s 1.7% 10-year yields nearly match America’s — without the alleged benefit of some “exorbitant privilege.” So, while the yuan is ascending, and should continue gaining share considering the government’s reform thrust, the benefits are mostly about freeing trade. Don’t think it confers special debt-service or borrowing advantages. Those were never real.