Fisher: Why Westerners Are Wrong About China’s Debt — Again 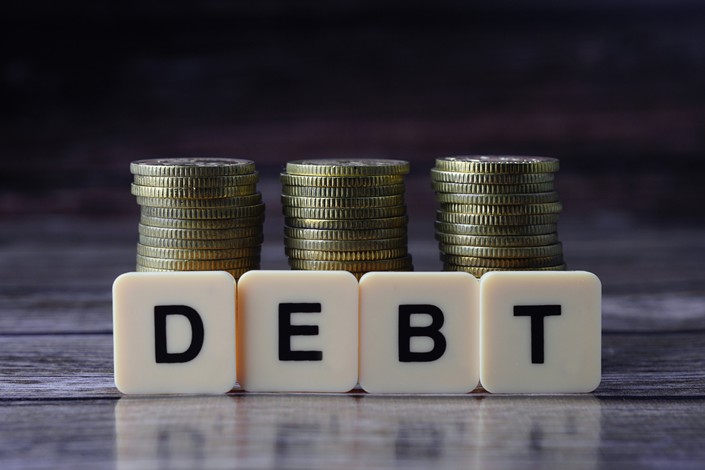 It didn’t take Western pundits long to find a big new fear in post-coronavirus China. Or, rather, a very old fear dressed in new clothes. Once again they are shrieking about corporate debt defaults, fearing a Middle Kingdom “ticking debt bomb” will roil the world economy and compound Chinese stocks’ recent swoon. This time they contend the government’s stimulus pullback increases the risk of default doom crushing the CSI 300 — and global growth. As usual, they miss the point. A still-manageable rise in defaults doesn’t just demonstrate China’s bullish commitment to liberalizing financial markets — it also signals a welcome return to pre-pandemic normalcy — well ahead of the world’s. Let me explain.

Some companies, like Zhongrong Xinda Group, struck deals with investors to delay bond payments. Regulators encouraged bond swaps that staved off defaults. Overall credit issued to non-financial corporations increased 10.8% year-on-year at the end of the third quarter last year, the latest data available. That compares to 8% growth in 2019 and 5.3% in 2018. With all these measures in place, defaults dropped 20% in 2020’s first three quarters.

Now, as China begins rolling back pandemic relief efforts, pundits are doubling down on their prior debt doom claims. But they’re doubly wrong. Many of them hype defaults like China Fortune Land Development’s as only the start of broader troubles. They say Beijing’s tighter 2021 deficit target and cuts to special government bond quotas signal significant tightening.

Rumors of new bank regulations targeting private and foreign lenders add to their fears. Some worry it risks more big defaults — particularly in the debt-loaded real estate sector — as well as among local government financing vehicles. Or they see tighter credit weighing on growth, claiming Beijing’s target of at least 6% GDP growth this year — compared to the IMF’s 8.1% projection — is a sign China is leaving lots of room to sop liquidity from markets. All of this sparks fear that Chinese stocks’ post Lunar New Year stumbles are just the beginning of a lengthy decline.

But tighter credit and renewed defaults aren’t new. Nor are they negative. They are part of the market liberalizations China launched before the pandemic. China’s economic strength now lets it forego emergency pandemic measures and return to that liberalization path — a bullish signal rarely present outside China.

Take America. President Joe Biden is seeking a new $2 trillion infrastructure spending plan — on top of the $1.9 trillion “pandemic relief” package from March. The Eurozone? Still largely locked down. Economic relief spending is slated for the next three years there, presuming Germany’s Constitutional Court doesn’t torpedo that. Western observers aren’t close to considering whether governments should rein in existing fiscal aid — they’re still debating whether economies need even more of it. Their continued malaise shows China’s economy is running far ahead of theirs — as it has for the past year.

Do more big defaults lie ahead? Quite possibly! But so far, the tightening pundits hype is mild. Beijing says its fiscal deficit target for 2021 is 3.2% — down from 3.6% in 2020 but still above 2019’s 2.8%. Meanwhile, economists expect local special government bond quotas to fall from 3.75 trillion yuan in 2020 to 3.5 trillion yuan this year — far ahead of 2019’s 2.1 trillion yuan pace. With fourth-quarter GDP climbing 6.5%, exports up 18.3% and both the manufacturing and service sectors expanding, a minor rollback of some stimulus efforts makes sense.

Most importantly, China’s overall debt load isn’t nearly as daunting as some suggest. As I told you in December 2019, data on private Chinese firms’ debt-service ratio — the percentage of income that goes toward paying interest and principal — is sparse. The Bank for International Settlements’ total private-sector debt-service ratio is a good proxy, though. It includes loans and bonds, but also household debt — which somewhat blurs the picture. But, overall, the data don’t seem troubling. Back in December 2019, the debt-service ratio was at 19.7%. It is up now, but only slightly — to 21 %. That tops America’s 14.3%, but it is below developed nations like Canada, Denmark, Norway, France and Sweden — ones that few complain about.

Defaults are part and parcel of free markets. When investors know the government will permit defaults, they need not worry about non-viable firms getting bailed out. They can properly price risk — critical for any and every successful bond market.

By permitting bigger defaults — especially among state-owned businesses — China is building on its recent history of increased financial discipline. Think of the shadow bank crackdown. Or regulators’ banning Yongcheng Coal and Electricity from bond markets for a year after its late 2020 default. Then there is Beijing’s increased scrutiny of non-bank lenders, which also helps curb credit excesses. All these moves help bolster China’s blossoming bond market — key to attracting foreign capital.

As for claims that more big defaults will derail China’s recovery, look to the market to see that claim is bunk. Despite headline fears, Chinese corporate bonds overall rose slightly in the first quarter. U.S. corporates? They fell -4.5% in U.S. dollars, as developed-world interest rates rose. That tells you how well investors view China’s creditworthiness. Even after December’s big Tsinghua Unigroup default — yields broadly dropped. Sure, some firms or areas of the market have seen their yields soar amid default worries. But that is what efficient bond markets do.

As for the impact on Chinese stocks, consider: Rising Chinese defaults have been one of Western pundits’ most widely discussed “risks” to China’s economic outlook — and its markets — for years. Stocks always, always, always pre-price all headline “risks” people commonly banter about. That is central to what stock markets do and always have. That likely means the CSI already has some significant default fear reflected in prices. But as the realization dawns this still isn’t a big, bad risk, relief will help buoy stocks. False fears are always bullish.

You can count on more defaults ahead. That’s good despite that being counterintuitive. And you can count on pundits hyping each one as proof of imminent Chinese debt disaster. Ignore all that chatter. Defaults are a part of healthy, thriving free markets. China’s are a sign of progress — not danger.