Fisher: Rise or Fall, There’s No Reason to Fear the Yuan 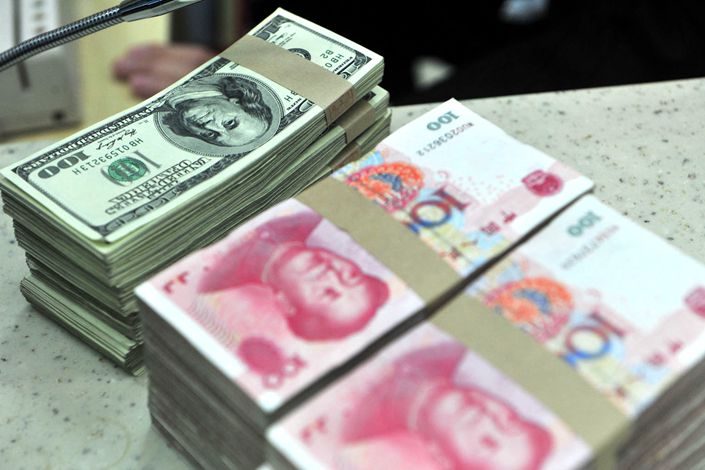 Today, people fearing the yuan’s 10.7% rise versus the U.S. dollar since late March 2020 make the same mistakes as weak-yuan worriers did in the past. They misunderstand how the global economy works. Photo: IC Photo

Is the yuan too strong? That is Western pundits’ tale. They worry a strengthening yuan will send Chinese export prices soaring. With the global economy still grappling with lingering Covid-19 lockdowns, they are sure it will crush Chinese exports — and mute growth in one of the world’s few economic bright spots. But don’t worry. Currency wiggles have far less impact on exports and growth than headlines suggest. And in China’s case, the strong yuan stems from recent years’ market reforms taking hold — a beautifully bullish long-term benefit.

For the past decade, many Western pundits — and politicians — fretted any sign of a weakening yuan. Their theory: A weak yuan means cheaper exports, giving Chinese manufacturers a competitive advantage over the West — and risking market-hampering trade policy blowback from America and Europe. Recall August 2015, when the yuan weakened — 1.9% the day the People’s Bank of China (PBOC) opened its yuan-fixing process to more market influence. A deluge of Western worry followed. Pundits shrieked over what they deemed a “yuan devaluation” that could thwart U.S. and European multinationals, complicate Federal Reserve policy or even spark worldwide deflation. Despite all the handwringing, both China and the world did fine even as the yuan kept weakening through 2016. Chinese GDP grew 8.4% that year despite no weak-yuan export boost — exports fell 6.4%. The U.S. and eurozone? Both kept growing. Worldwide deflation never came.

Today, those fearing the yuan’s 10.7% rise versus the dollar since late March 2020 make the same mistakes as weak-yuan worriers did then. They misunderstand how the global economy works — and ignore China’s rapidly shifting realities. Consider: In 2006, exports accounted for 36% of Chinese GDP, dwarfing the U.S.’s 10.7%. Now exports are down to 18.4% of GDP vs. the U.S.’s 11.7%. China’s modernization push steered growth away from export-heavy manufacturing and toward personal consumption, bolstering domestic service industries.

In 2006, services accounted for 41.3% of China’s economy. Now? 53.4%.This lessens any drag a strong yuan has on exports. It makes imports cheaper — and maturing, consumption-driven economies buy more from abroad. Just since 2016, Chinese imports of travel goods, handbags, clothing, shoes and accessories grew 64%. Combined petroleum, natural and artificial gas imports doubled. Imports of essential oils and spices for cosmetics and cleaning products are up three-fold. A strong yuan curbs the costs of these in-demand products.

This logic applies for firms importing component parts or raw materials, or which make or sell some of their products overseas. That is now true of most midsize and large firms. Take Midea Group Co. Ltd., the Foshan, Guangdong province-based appliance-maker. It exports to over 200 countries and regions, accounting for 42% of its revenues. Half its major manufacturing bases and 45% of its long-term assets lie beyond China’s borders. The firm deals with 22 different currencies. A strong yuan boosts its non-China operations and revenues. Then, too, any big, global firm takes steps to hedge against currency fluctuations, further mitigating short-term swings.

The yuan exceeded current levels for most of 2018’s first half. Chinese stocks fell, but not because of exports — which rose 13% year-on-year in the first quarter and 10.9% in the second quarter. GDP rose. How about 2016, when the yuan weakened 6.6% versus the dollar? Currency-obsessed observers’ logic dictates a bullish year, yet Chinese stocks fell 9.3%. In 2009, the yuan was basically flat vs. the dollar. Exports tumbled 15.9%, GDP rose 9.3% and stocks soared 98.6% as the world recovered from the financial crisis. See any pattern here? I sure don’t. Exports, stocks, GDP — none move on currency swings alone.

Evidence that currency moves possess no magic abounds globally, too. If weak currencies were key to economic and market success, Japan would have thrived since 2013, given the Bank of Japan’s systematic yen devaluation. But annual GDP topped 2% only once since then, while Japanese stocks badly lag broader developed markets’ gains. One key reason: Japanese exporters simply chose to hold production and prices steady and pocket the currency conversion profits a weak yen offered.

Similarly, after the U.K.’s 2016 Brexit vote, the pound plunged more than 10% against the yuan and dollar in just two trading days — and kept falling. But U.K. growth remained tepid, and the country’s stocks lagged world equities for years.

View it another way: Currencies trade in pairs. Yuan, dollar, euro — all weaken only against other currencies, not some absolute. One country’s bearish currency move should be another’s bullish swing, right? Wrong. Most global stock markets parallel each other. They deviate rarely and not for long — more proof currency doomers’ claims are bunk.

Some say the yuan’s recent strength is itself a plus, demonstrating China’s rising importance on the global stage. But, like Western pundits who feared weakening, that misses the point. The real news: What Westerners claimed was a devaluation in 2015 was actually the PBOC allowing the yuan to float in a wider bandwidth. That reform permitted market forces to have more impact — a bullish long-term factor. Initially, those forces pushed the yuan weaker. Then came a big rise in 2017 and 2018’s first half, a subsequent pullback, and plenty of ups and downs in 2019 and early 2020. Now they are pushing it higher — just one more wiggle.

Such swings are perfectly normal in market-driven systems. Currencies zig and zag —sometimes quickly and dramatically. That is the strength — the fluctuations. Wiggling currencies show market pricing mechanisms are working — an essential feature if markets are to efficiently attract and allocate capital. The yuan’s strengthening since May merely reflects China’s post-Covid strength compared with the rest of the world, just as the dollar’s rise against the yuan last winter reflected a flight to a perceived safe haven.

From here, maybe the yuan keeps strengthening. Maybe it reverses quickly. I have no clue — no one can predict short-term stops and starts. Nor do you need to. Currency moves hold no magical sway over stocks or economic growth anywhere globally. The yuan’s moves aren’t any different in China’s case. They hold little power to derail this bull market or China’s growth. Don’t let those scared of a stronger yuan convince you otherwise.