By Wang Zili and Lu Zhenhua 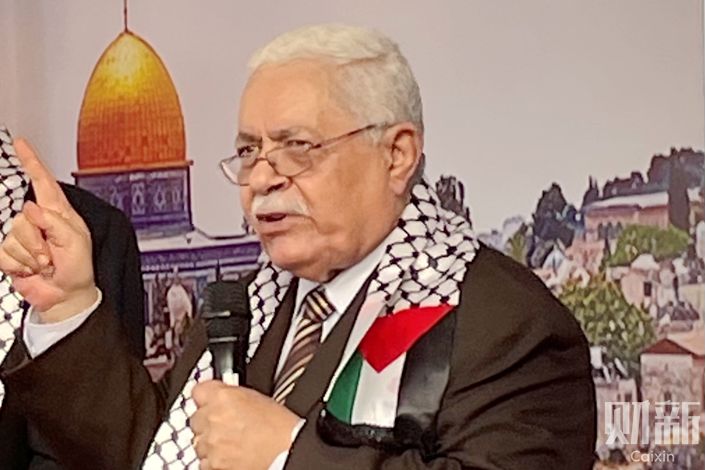 The Palestinians trust China to be a “neutral and unbiased” mediator to host peace talks in a bid to help resolve the ongoing conflict between Palestine and Israel, Palestinian Ambassador to China Fariz Mehdawi told Caixin in an interview Monday.

The ambassador’s comments came after Chinese Foreign Minister Wang Yi said during a U.N. Security Council meeting on Sunday that Beijing is willing to invite Palestinian and Israeli representatives for direct talks in China.

Wang also accused the U.S. of blocking the U.N. Security Council from issuing a unified statement calling for a ceasefire in the ongoing Israel-Palestine conflict in the Gaza Strip.

The conflicts between Israel and Palestine escalated during the week with hundreds being killed and injured by rockets fired by Hamas militants against Israeli cities, and airstrikes launched by the Israeli forces on Gaza.

The Palestinian ambassador said that he welcomed Wang’s offer to host peace talks in China. “We observed that China is trying to become active [on Palestine-Israel peace process],” he said, adding that the Palestinians trust China to be “neutral and objective” and “not biased.”

Mehdawi believes that Beijing “would like to discuss every part of this problem and address it all together in one full package, which will end this problem right from the roots of it.”

He also laid out a three-step plan for the two sides to return to the peace process. He said Israel should first “stop shooting and bombing in front of us,” while Washington should reverse all of the Palestine policy measures made under the previous Trump administration.

Finally, he said, an international peace conference should be convened with the objective of “two-state” solution on the table. “The outcome should be guaranteed ... you cannot go to conference to start from zero,” he said.