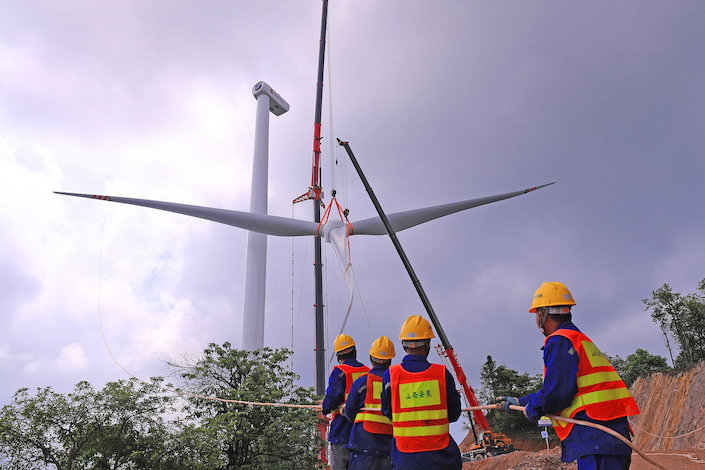 China’s total national installed power capacity was 2.23 billion kilowatts as of the end of April,

China pledges support and incentives for building of charging stations

China’s top economic planner and energy industry regulator jointly issued draft rules encouraging construction of charging stations for electric vehicles. Local charging infrastructure authorities should coordinate with the housing and urban-rural development authority and fire protection departments to advance construction and renovation of charging locations in residential communities, according to a document issued by the National Development and Reform Commission and the National Energy Administration. Subsidies and rewards will be granted to communities that actively support the initiative, according to the document.

China’s crude steel production touched a new high of 3.12 million tons a day in April, reflecting strong recovery of global demand. Rising steel production has driven up iron ore demand while global supplies shrank, pushing up ore prices. In the first quarter, shipments from the world’s top five mines totaled 273.3 million tons, down 40 million tons from the fourth quarter of 2020. The combined effect pushed the price of iron ore to a record high.

The National Energy Administration Thursday pledged to increase the share of wind and solar power in total electricity consumption to 11% this year. At least 90 million kilowatts of electricity generated by wind turbines will be put online this year, according to a circular issued by the administration. By 2025, nonfossil energy should account for 20% of the nation’s primary energy consumption.

China’s total national installed power capacity was 2.23 billion kilowatts as of the end of April, up 9.5% year-on-year, according to the National Energy Administration. Installed capacity of wind power totaled 290 million kilowatts, an increase of 34.6%, while the installed capacity of solar power came to 260 million kilowatts, up 24.3%. In the first four months this year, major domestic power companies invested 111.6 billion yuan ($17.34 billion) in power projects, an increase of 23.8%.

State energy giant Sinopec started construction of a cluster of new materials research, development and manufacturing facilities in the port city of Tianjin, a local newspaper reported. The cluster includes 11 projects including the 28.8 billion yuan ($4.5 billion) Nangang ethylene project, which is set to begin operations in 2023.