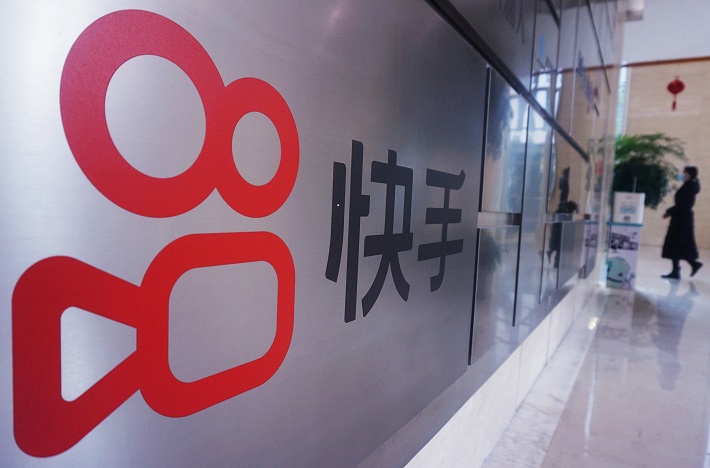 Revenue surged to 17 billion yuan ($2.65 billion) for the three months ended March compared with the 16.9 billion yuan projected by China Renaissance. The net loss widened to 57.8 billion yuan from a loss of 30.5 billion yuan a year earlier as sales and marketing expenses surged to roughly 69% of revenue.

Kuaishou, the operator of China’s most popular short-video platform after ByteDance’s Douyin, is trying to establish its place among a generation of mega-startups like food delivery giant Meituan and ride-hailing leader Didi. Shares in the Tencent Holdings Ltd.-backed outfit have more than doubled since its February initial public offering, the top performer among recent major Chinese tech listings in Hong Kong.

But founder Su Hua’s company, which is expanding beyond its roots in video content, is grappling with an influx of rivals from up-and-comers like Bilibili Inc. and WeChat. Tencent’s ubiquitous social app is venturing into TikTok-style clips, taking a page straight out of ByteDance and Kuaishou’s playbook. Advertising has surpassed virtual gifts or tips during livestreaming to become Kuaishou’s biggest earnings driver, while its nascent online marketplace continues to grow several-fold from a low base.

Kuaishou’s results are closely watched by investors who fancy a slice of the Chinese social video market before ByteDance’s eventual stock market debut. The world’s most valuable startup is seeking to boost Chinese ad revenue by more than 40% and triple the size of its e-commerce business this year, according to an internal memo.

Results unveiled by the smaller company suggest the competition could be heating up. Kuaishou’s monthly active users expanded to 520 million from 495 million a year earlier. Growth in online advertising sales eased to 161% from 170% in the December quarter. Livestreaming revenue fell 20% compared with a 7% decline in the prior quarter, in part because of strict quarantine measures imposed at the start of 2020.

The division that includes e-commerce posted the strongest sales growth, rising sevenfold, after the company recorded gross merchandise value of 118.6 billion yuan, more than tripling from the year-earlier period.

Having amassed more than 300 million daily users across its domestic platforms, Kuaishou now hopes to replicate its success globally with apps like Kwai and Snack Video. The company plans to ramp up investment in marketing and content in selected overseas markets, but monetization won’t pay off immediately, Su told analysts in March. Outside China, the company had more than 150 million users in April, up from more than 100 million in the first quarter, the earnings results showed.

Kuaishou faces tougher antitrust scrutiny at home. It was among 34 leading Chinese internet businesses ordered to comply with anti-monopoly rules in April, and the company was recently rapped by the cyberspace regulator for its data-collection policies.

“At Kuaishou, we believe strongly that one shall have peace of mind when he possesses a piece of land, and one possesses a piece of land when he has peace of mind,” the company said Monday. “Starting in the first quarter of 2021, we have put greater emphasis on improving the value of our content creator’s private domain, the place on our platform where all content and products of a creator can be found and where creators build and nurture their followings.”