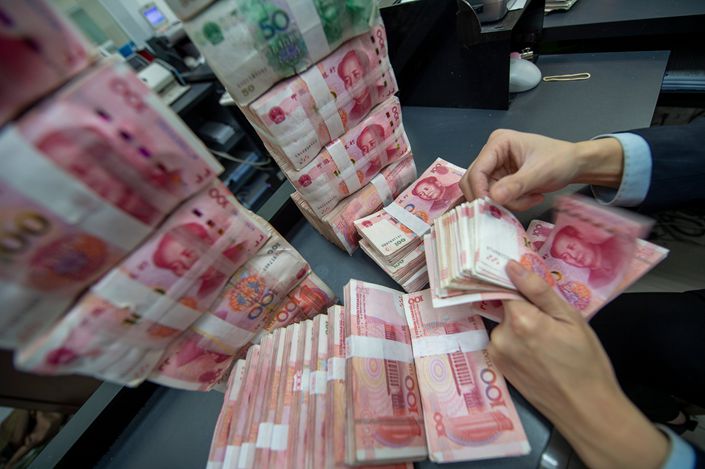 (Bloomberg) — China’s yuan advanced to a three-year high in onshore markets as the central bank signaled that it’s comfortable with a recent rally by setting a strong daily reference rate.

The currency gained as much as 0.3% to 6.3943 per dollar in onshore markets, the highest since June 2018, while rising 0.4% offshore. The People’s Bank of China set its fixing at 6.4099 per dollar, in line with the average estimate in a Bloomberg survey of traders and analysts.

The reference rate helped dispel concerns that the PBOC will seek to slow a yuan rally that has made the currency the best performer in Asia this year. Traders are closely watching the central bank after recent mixed messages from officials over whether the currency should keep appreciating to contain rising imported commodity costs.

“They are unlikely to be putting any hard defense for any specific level so long as market demand and supply remains relatively balanced,” said Becky Liu, head of China macro strategy at Standard Chartered Bank Ltd. in Hong Kong. The fixing “suggests that the PBOC is returning to a more neutral stance,” she said.

State media also chimed in with comments supporting the yuan. The China Securities Journal quoted analysts on Wednesday as saying that the currency could rise further due to the nation’s economic recovery and capital inflows. The Shanghai Securities News reported that the yuan could rally to as high as 6.2, citing Citic Securities Co., the country’s biggest brokerage.

The currency has advanced more than 2% this year in onshore markets. On Tuesday, it breached 6.4 against the dollar in offshore markets, reaching its strongest level since June 2018.

The one-month risk reversal of the offshore yuan dipped below zero for the first time in more than two years this week, suggesting investors expect further appreciation. Dollar-yuan’s forward points slid to a three-month low, also reflecting confidence in the Chinese currency.

“Fundamentally, there’s still an argument for yuan appreciation, especially as the dollar is weaker,” said Eddie Cheung, senior emerging markets strategist at Credit Agricole CIB. “The key for the authorities is ensuring that markets do not become too one-sided. As long as that remains the case, then the yuan can still appreciate.”

Traders were concerned with the PBOC’s stance before Wednesday’s fixing because Beijing had taken various steps to slow the currency’s appreciation. State-owned banks were seen bidding for the dollars on Tuesday as the yuan breached the 6.4 level in offshore markets. This month, the authorities had set the fixing at weaker-than-expected levels in all except four sessions.

The currency’s advance since April has been fueled by weakness in the dollar, as Federal Reserve officials pushed back against tapering expectations. There’s also growing demand for the yuan as foreign investors piled into Chinese bonds for their yields and inclusion in global indexes. The country’s economic rebound from the pandemic has also helped boost sentiment.