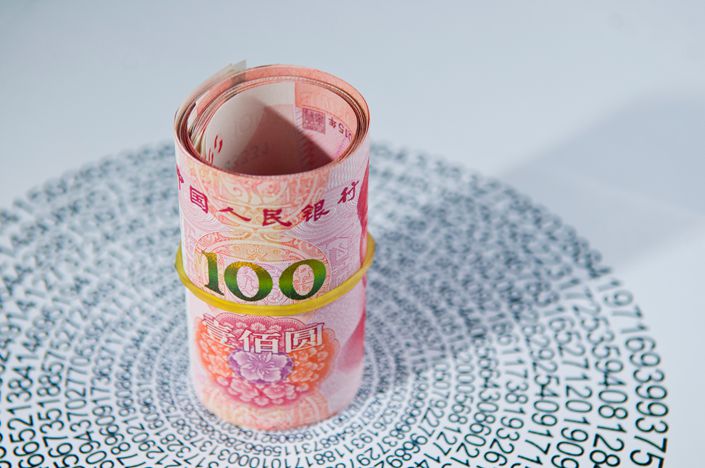 As China gets more involved globally, market entities can more often use the yuan in international trade and investment, which is something that the Chinese government is encouraging, Zhou Chengjun said. Photo: IC Photo

China’s push for the greater international use of its currency is not an attempt to have the yuan challenge or supplant the U.S. dollar as the world’s major reserve currency, a People’s Bank of China (PBOC) official said.

The internationalization of the yuan, also known as the renminbi, is a natural result of China’s economic development and integration into global supply and industrial chains, Zhou Chengjun, director of the PBOC’s finance research institute, said (link in Chinese) Saturday at the annual China Development Forum in Beijing.

As a manufacturing and trade powerhouse, China is seeking to play a bigger role on the global stage as its leaders have pledged to continue opening up to the rest of the world. It has played a leading role in the signing of the 15-country Regional Comprehensive Economic Partnership free trade agreement and has been exploring the possibility of joining the Comprehensive and Progressive Agreement for Trans-Pacific Partnership, another free trade pact, which involves 11 countries including Japan and Canada.

As China gets more involved globally, market entities can more often use the yuan in international trade and investment, which is something that the Chinese government is encouraging, Zhou said.

The yuan’s increasingly flexible exchange rate can better reflect relative prices in cross-border trade and investment, and improve resource allocation between China and its trading and investment partners, he said.

In recent years, the PBOC has been gradually introducing more flexibility into how the yuan’s exchange rate is set by allowing the market to have more of a say in determining the daily reference rate for how much the currency’s value can fluctuate against the dollar.

Given the impact that the U.S.’ long-term monetary stimulus policy is having on other countries, the yuan’s internationalization can help diversify the global monetary system and ease the burden on the dollar as the major reserve currency, according to Zhou.

Over the past few years, China has been taking more and more steps to encourage foreign investors and central banks across the world to hold the yuan and use the currency for cross-border transactions, even though the yuan still makes up just a fraction of the global currency market.

Lately, China has launched a trial program in Beijing and Shenzhen to facilitate certain multinational firms’ cross-border use of funds, one of its latest efforts to advance yuan internationalization.