Opinion: The Need for Sino-U.S. Economic and Trade Relations 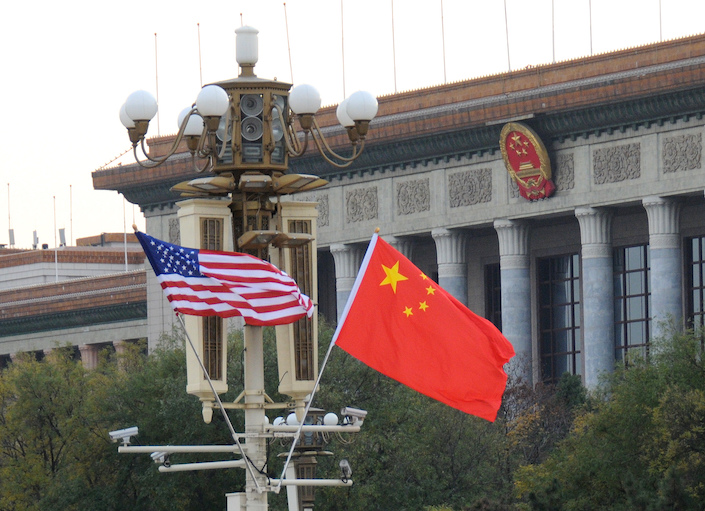 The phone conversation this week between China’s Vice Premier Liu He and U.S. Trade Representative Katherine Tai sends a signal: The economic and trade relationship between the world’s two largest economies is still effective and necessary, though weakened.

It was the third top-level meeting between the two sides after an acrimonious face-off in Alaska in March and a dialogue of special envoys for climate change last month in Shanghai.

The biggest driver of relations between the two nations over the past 42 years has been their economic interdependence and complementarity. This is what makes China-U.S. relations different from those between the U.S. and the Soviet Union during the Cold War.

After China and the U.S. signed a Phase One economic and trade agreement in January 2020 under the Trump administration, bilateral relations rapidly cooled with a near suspension of dialogue mechanisms. This week’s phone call showed the two countries resuming their commitment under that accord to establish a “trade framework group” led by China’s vice premier and the U.S. Trade Representative (USTR) to discuss implementation.

Although the call occurred much later than agreed, given the far-reaching global impact of the Covid-19 pandemic, the postponement rather than cancellation of the conversation demonstrates the importance of China-U.S. relations, especially their economic and trade ties.

Such a shared view was reflected in statements issued after the call. China’s Ministry of Commerce said the two sides conducted “candid, pragmatic and constructive exchanges,” and the “two sides agreed that the development of bilateral trade is very important.”

In a separate statement, the USTR said “Ambassador Tai discussed the guiding principles of the Biden-Harris administration’s worker-centered trade policy and her ongoing review of the U.S.-China trade relationship, while also raising issues of concern.”

Although there has been no fundamental shift in the Biden administration’s China policy compared with that of the Trump administration, the statements show that the bilateral relationship has not slipped into a so-called “new Cold War,” and the mutually beneficial aspects of the relationship have remained.

However, the statements also show the reality that U.S.-China relations have slipped to their lowest point since the countries established diplomatic ties in 1979.

The mutually beneficial model of “Made in China,” which allowed American consumers to benefit from cheap goods, was eroded by the Trump administration’s “America First” policy. Under the banner of “middle class diplomacy,” the Biden administration has made defending jobs and benefits for the vast majority of low- and middle-income Americans a starting point in its foreign policy. This means the logic of the previous Sino-U.S. economic and trade relationship may no longer exist.

This requires a reexamination of the internal logic of past economic and trade relations and consideration of how to conduct bilateral trade in the future. For example, in his special address to Congress on his 100th day in office, President Joe Biden said, “There is simply no reason why the blades for wind turbines can’t be built in Pittsburgh instead of Beijing.” But it is the green development agenda on which the two countries have the widest and strongest cooperation, rather than having to choose between Pittsburgh and Beijing.

In the April 15–16 China-U.S. climate dialogue, the two sides agreed on policies, measures and technologies to decarbonize industry and power. These include energy storage and grid reliability; carbon capture, utilization and storage; and green hydrogen. Other elements are increased deployment of renewable energy, green and climate-resilient agriculture, energy-efficient buildings, green and low-carbon transportation and cooperation on addressing emissions of methane and other non-carbon dioxide greenhouse gases and from civil aviation and maritime activities. Other near-term policies and measures include reducing emissions from coal, oil and gas.

Even with narrowing room for cooperation, China and the U.S. can still find areas for cooperation. The necessity for doing so is even more evident in the post-pandemic world.

If U.S. contacts with the Soviet Union during the Cold War aimed to avoid the apocalypse of a nuclear war, China-U.S. relations in the 21st century will have a different significance. Our contacts are necessary to avoid the threat to mankind of climate change while also enabling people of the two countries to enjoy greater dignity and more benefits from work.

As the Biden administration enunciated its concept of middle-class diplomacy, the guiding ideology of China’s 14th Five-Year Plan also stated that “the fundamental purpose is to meet people’s ever-growing needs for a better life.” To this end, the two countries have the same diplomatic starting point.