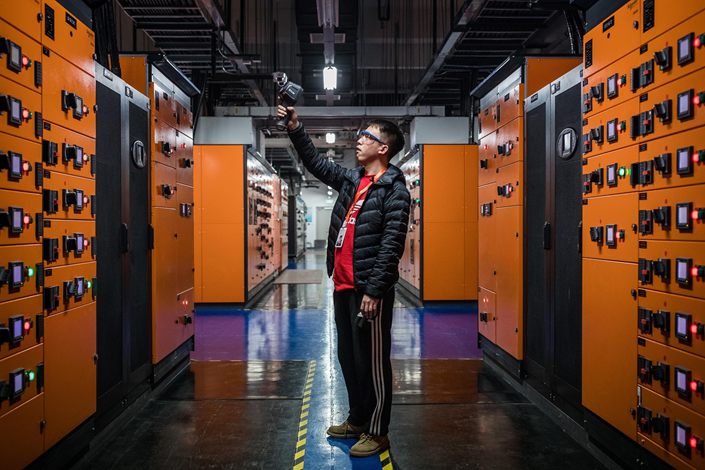 For years the lack of intensive and large-scale development of data centers has concerned industry players. Photo: VCG

China plans to build clusters of data centers in eastern cities as well as western energy-rich regions in order to balance supply with demand, according to a government blueprint.

Data hubs will also be constructed in four western areas including Guizhou province and the Xinjiang Uyghur autonomous region, according to the plan, which was penned by the Ministry of Industry and Information Technology, Cyberspace Administration of China, National Energy Administration and National Development and Reform Commission (NDRC).

The move is aimed at ensuring data centers are “distributed in an orderly manner” to resolve the imbalance between supply and demand, and disorderly development, according to a separate statement (link in Chinese) issued by the NDRC.

A data center is a facility that organizations use to house their critical applications and data, including key components such as routers, switches, firewalls, storage systems, servers, and application-delivery controllers, according to Cisco Systems.

Growing demand for computing power from booming online shopping platforms and larger enterprises seeking to scale-up their data centers to ensure stability and reliability is fueling growth in the sector across China, according to an August report by ResearchAndMarkets.com.

For years the lack of intensive and large-scale development of data centers has concerned industry players, with local governments asking cloud operators and telecom companies to build local data hubs in order to support the local economy, resulting in scattered distribution.

This is seen in some eastern regions, where the NDRC said there is huge demand, but limited growth of data centers due to tight energy supplies and high electricity costs.

Conversely, western areas have abundant energy resources and a suitable climate, but struggle to meet demand from the east because of narrow network bandwidths and high data transmission costs, it said.

In principle, large data centers should be built in areas with abundant renewable energy resources, while modest-sized hubs can be established in urban centers, according to the plan.

China’s policymakers have vowed to tap into the value of data in economic development, and building data centers has been identified as a significant part of the strategy to develop new infrastructure.