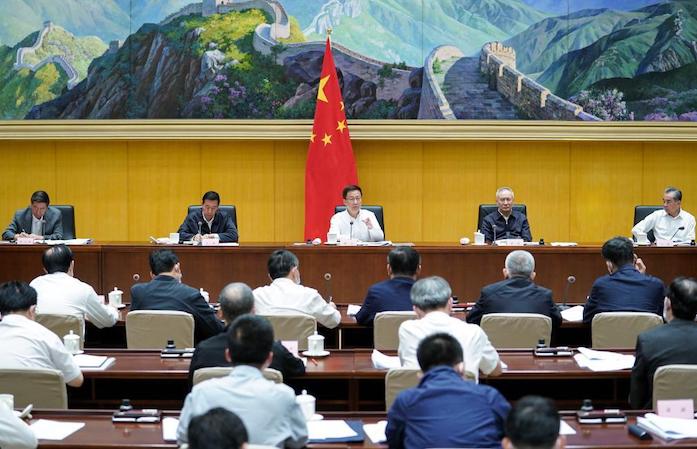 Vice Premier Han Zheng (middle) speaks while presiding over the first plenary meeting of a leading group on carbon peak and carbon neutrality in Beijing, May 26, 2021. Photo: Xinhua

Han presided over the first plenary meeting of the new Leading Group on Carbon Peaking and Carbon Neutrality, a top body designated for emission reduction efforts. Carbon dioxide from combustion of fossil fuels is a major contributor to global warming. Han called for solid steps to advance China’s goals of peaking carbon emissions by 2030 and achieving carbon neutrality by 2060.

“Through strengthened international exchanges and cooperation, China should seek the greatest common ground on global climate governance and work with the international community to protect the planet,” Han said.

Why it matters: The meeting unveiled China’s first leading group designated for carbon peaking and neutrality, indicating the governance of how the goals will be achieved, said Zhang Jianyu, chief representative of Environmental Defense Fund’s China Program, in an interview with Caixin.

China has set up a number of leading groups under the top leadership to carry out a wide range of policies such as deepening restructuring, ensuring financial stability and overhauling state-owned enterprises.