By Pu Jun, He Shujing and Matthew Walsh 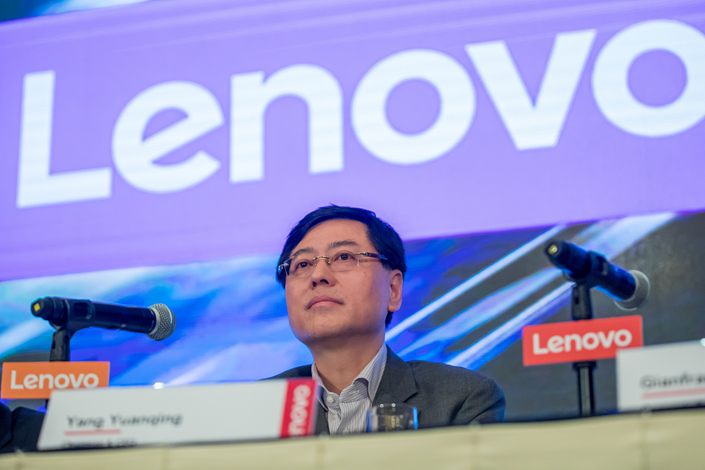 The CEO of Lenovo Group Ltd. (00992.HK) said he expects the global semiconductor shortage to persist for as long as another 18 months, as the unprecedented scarcity continues to squeeze production across a wide range of sectors.

Speaking during a quarterly earnings call on Thursday, Yang Yuanqing also ruled out further expanding its presence in the car industry, saying the Hong Kong-listed firm would focus on serving its existing automotive clients.

“We’re definitely not going to make cars,” Yang said. “We have … a clear enough strategy and will continue to put our limited resources and energy into the track we’ve already laid out.”

The comments came as a combination of the post-pandemic manufacturing rebound, resurgent consumer demand and sanctions against Chinese technology companies continues to place unprecedented strain on global chip supplies, forcing businesses in industries including consumer electronics, home appliances and automobiles to reduce production.

Yang said Lenovo anticipated that the shortages would drag on for “at least 12 to 18 months,” adding that the firm would “face the pressure of chip scarcity when building new capacity.”

But he was bullish on the impact of the crisis on the company’s long-term growth, saying the computer-maker drew confidence from its strong supply chains and unique production model, which has allowed it to cultivate close relationships with upstream chipmakers.

“This shortage is caused by higher demand,” Yang said. “How much of an increase in supply you can get will determine how fast you can grow, not whether you grow.”

Lenovo’s net profit in the first quarter surged by a whopping 512% year-on-year to 1.76 billion yuan ($276 million), driven by a rise in demand for PCs during the Covid-19 pandemic and last year’s low base, according to its audited results for the most recent financial year, which were published on Thursday.

Revenue surged 48% to 106 billion yuan, nine-tenths of which came from sales of consumer hardware, which included PCs, laptops and mobile phones.

For the full fiscal year through March, Lenovo saw its net profit jump 77% to 7.7 billion yuan, while income swelled by 20% to 395 billion yuan.

The company’s PC shipments grew 59% to 20.4 million units in the first three months of 2021, accounting for around one-quarter of the global market, according to research firm IDC. Its PC revenue fell by nearly 8% quarter-on-quarter in line with a global decline in computer sales.

Some 10% of Lenovo’s income in the three months through March came from data services, an area that the company touts as a driver of future growth. However, the section remains unprofitable, generating pre-tax losses of 190 million yuan for the quarter.

Despite the supply bottlenecks, the company expects to deliver between 330 million and 350 million PCs worldwide this year, Yang said. That would represent a 10% to 17% rise on its 2020 sales. IDC anticipates that shipments will rise 18% to 357 million units.

Yang warned the chip crunch would inevitably lead to a rise in prices for certain components. “We will absorb some of (the increases), and manage the rest by adjusting prices,” he said.