By Huang Rong and Matthew Walsh 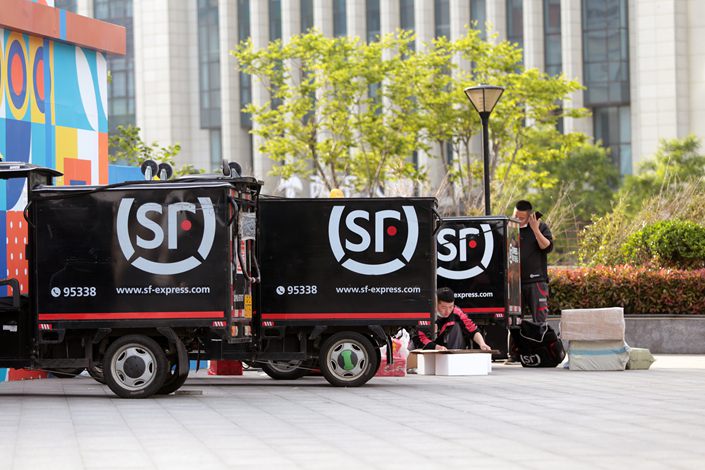 SF Holding Co. Ltd. (002352.SZ) plans to spin off its Tongcheng intracity express delivery service for an independent listing on the Hong Kong stock exchange, as the Chinese logistics giant looks to steady itself amid a price war that has tipped it into loss-making territory.

The Shenzhen-listed company, which is one of China’s largest couriers and offers both domestic and international express delivery, said Friday the flotation of Hangzhou Shunfeng Tongcheng Industrial Co. Ltd. would help fund the latter firm’s expansion plans while also enhancing its brand awareness and market influence.

The announcement further cements SF’s recent forays into the Hong Kong stock market, after the listing of some of its property assets earlier this month generated around HK$2.6 billion ($335 million). The company did not give a time frame for the Tongcheng listing.

SF posted its first-ever quarterly losses in April after a bruising year that saw it deliver more parcels than ever but struggle to hold its own against J&T Express, a new market entrant backed by fast-growing online grocery giant Pinduoduo Inc. that has intensified a long-running domestic price war.

SF posted a net loss of 989 million yuan ($155 million) on revenue of 42.6 billion yuan, representing a year-on-year fall of 209%, according to its quarterly earnings report (link in Chinese). Its share price has plummeted by more than 40% since hitting a record high of 117.10 yuan on Feb. 10, the eve of the Lunar New Year.

Part of those firms’ travails stem from the aggressive entry of industry newcomer J&T Express, which gets most of its business from Pinduoduo. J&T, which is headquartered in Jakarta, Indonesia, has rapidly built a foothold in China by employing a money-losing strategy to undercut its rivals on pricing.

However, Pinduoduo has reportedly distanced itself from J&T in recent weeks amid fears of an anti-trust crackdown and after the Indonesian firm was sanctioned by authorities in the eastern Chinese hub of Yiwu for offering mail services at improperly low prices.

Like its parent, Tongcheng is also losing more money than it brings in, largely thanks to fierce competition and high operating costs. The company last year booked a net loss of 760 million yuan on revenue of 4.84 billion yuan, according to its financial disclosures.

The firm became an independent entity in 2019, three years after SF’s initial move into intracity services. SF continues to hold 66.76% of Tongcheng’s shares either directly or through its subsidiaries.

Tongcheng has a presence in more than 500 cities, serving more than 300,000 businesses and over 100 million individual users, according to its website. The company has expanded its rapid courier services to include the fresh food, clothing, pharmaceuticals, digital and office documentation segments.

SF is in the process of purchasing a 51.8% stake in Hong Kong-listed Kerry Logistics Network Ltd. (00636.HK), which is expected to be completed in the fourth quarter. That deal and the spinoff of Tongcheng would give SF three financing platforms in the former British colony.