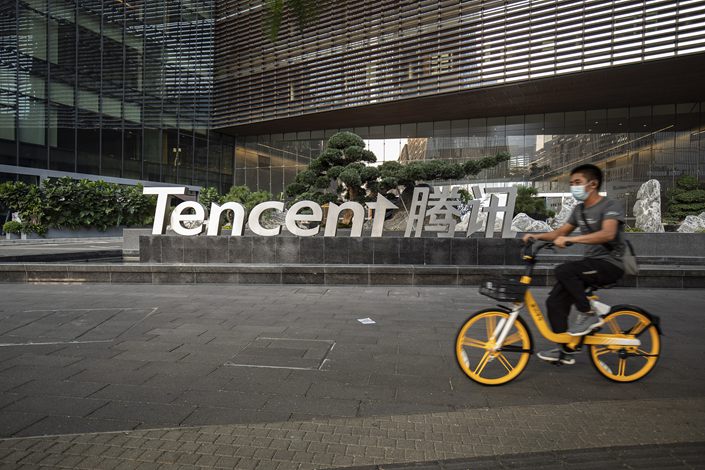 A joint venture controlled by internet giant Tencent Holdings Ltd. has won a license to offer reinsurance services in the financial hub of Hong Kong, marking a new move into the financial services realm outside its Chinese home market, a knowledgeable source told Caixin.

The joint venture, FuSure Reinsurance, now appears on a list of firms officially authorized to offer reinsurance services in the city, documents from the Hong Kong Insurance Authority showed. The firm is based in Hong Kong, and is in the process of setting up a website, the source told Caixin, speaking on condition of anonymity due to the sensitivity of the situation.

FuSure’s license only allows it to engage in the reinsurance business, which entails offering services to other insurers. The company is not allowed to provide direct insurance products and services to ordinary consumers and businesses.

Hong Kong is currently home to four internet-based insurers. The granting of a license to FuSure brings the total number of the city’s traditional reinsurers to 18. On the Chinese mainland, Tencent also owns WeSure, an internet-based platform offering insurance agency services. In Hong Kong it is also a joint venture partner in Fusion Bank, a Hong Kong-based virtual bank.

FuSure has HK$1 billion ($129 million) in registered capital and counts a company called Technology Care Co. Ltd as its controlling shareholder, which in turn is controlled by a Cayman Islands-registered company called Success Field Cayman Holding Ltd. The knowledgeable source told Caixin that Tencent ultimately holds about 85% of FuSure, while another private company called Grand Azure Ltd. holds the remainder.

Tencent has had its eye on the insurance business in recent years. A year ago it hired Ren Huichuan, a former vice chairman at national insurance giant Ping An, as a senior consultant and in-house advisor to help it explore opportunities in the online insurance business.

The latest development also comes just days after multiple sources told Caixin that Tencent has been told by regulators to put its finance-related business into a new financial holding company where they can be better supervised.