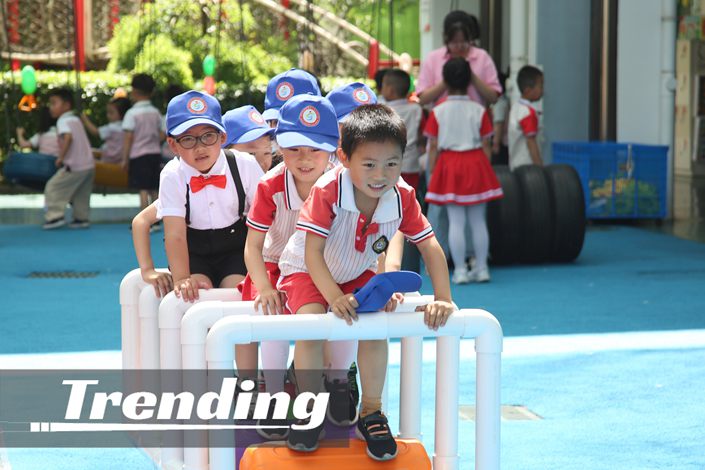 On Monday, the eve of International Children’s Day, it was announced that China would adjust its family planning policy to allow all couples to have up to three children.

The announcement was met with huge interest from millions of Weibo users, 6 million of whom posted comments under the hashtag #Three-child-policy-has-arrived.

In 2015, China’s one-child policy was loosened to permit all families to have two children. The baby boom that followed was short-lived however, and the birthrate has continued to sink, jeopardizing China’s economic future.

The high costs of raising a child have put many off having more than one kid, especially in big cities, with families preferring to focus their resources on a single offspring. Also, after almost 40 years of most couples having just one child, a three-person nuclear family is now the norm.

The sudden decision is, according to the official Xinhua News Agency, part of an effort to contain demographic challenges and improve China’s demographic structure.

On Weibo, posts asking how three-child families will be supported have been popular. “I won’t understand it until I get to see the supporting measures,” says one reader. Another popular comment says, “opening up the birth policy is essential and in line with societal needs, but if we don’t support people in giving birth, raising children and educating them, no matter how open the policy, our youth will be reluctant.”

Social media users have mocked up images of triplet strollers, high-rise bunk beds and housing floor plans big enough for a trio of toddlers. A popular depiction of the future imagines a 63-year-old who has to check on three kids, nine grandkids, and four seniors before taking the subway to work.

Given the unequal burden of childbirth, one female millennial wrote, “I’ve already had my two children, so I consider my duty fulfilled.” A male peer chimed in with, “Hurry up with medical advances, so men can give birth and carry their full share of the responsibility.”