Exclusive: China Oceanwide’s IDG Sale May Net as Much as $600 Million

By Wang Juanjuan and Liao Zhaolong 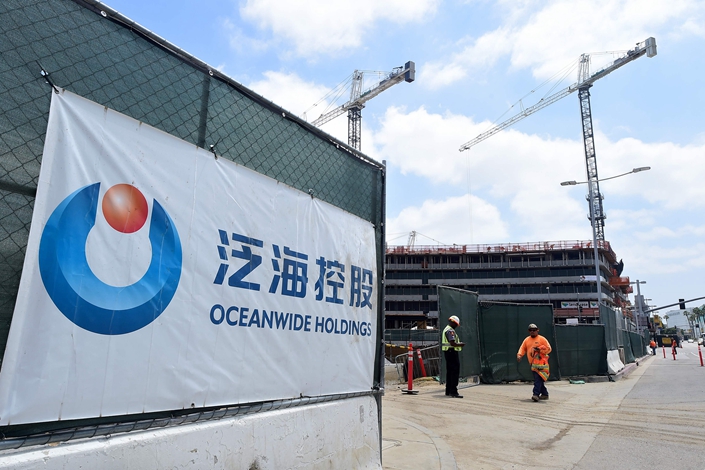 A banner of China's Oceanwide Real Estate Group is displayed at the construction site of a property. y

China Oceanwide (link in Chinese) is scrambling to raise cash to repay billions of dollars in debt. The Beijing-based holding company agreed Thursday to sell IDG to Blackstone for an enterprise value of $1.3 billion after five months of preparation and negotiations, according to statements from both sides. New York-based Blackstone has $650 billion in assets under management.

China Oceanwide acquired IDG, a leading tech media and data company, in March 2017 for almost $700 million, sources with knowledge of the deal told Caixin. That means the Chinese giant may clear as much as $600 million from the deal with Blackstone, without taking into account the cost of financing the acquisition four years ago.

“The high-quality data, analytics, and insights IDG delivers to technology leaders are only becoming more critical as the pace of growth and innovation accelerates,” said Peter Wallace, global head of core private equity at Blackstone, in a statement. “IDG has a trusted brand and deep knowledge of tech suppliers and buyers, and our investment will help the company accelerate its plans for creating even more advanced product offerings across its business.”

Launched in the U.S. in 1964, IDG provides research, data and advisory services on technology and industry trends in more than 110 countries.

China Oceanwide has to repay 20.9 billion yuan ($3.3 billion) in bonds that will mature or are subject to redemption this year, according to Caixin calculations. About two weeks ago, one of its offshore units failed to repay $280 million of dollar bonds issued in May 2019, when the company went on a global acquisition spree. In addition, the conglomerate owes billions of yuan in other types of debt.

In recent months, China Oceanwide planned to sell assets at home and abroad to repay debt. However, some plans struck obstacles as the assets involved were previously pledged for financing, according to public filings.