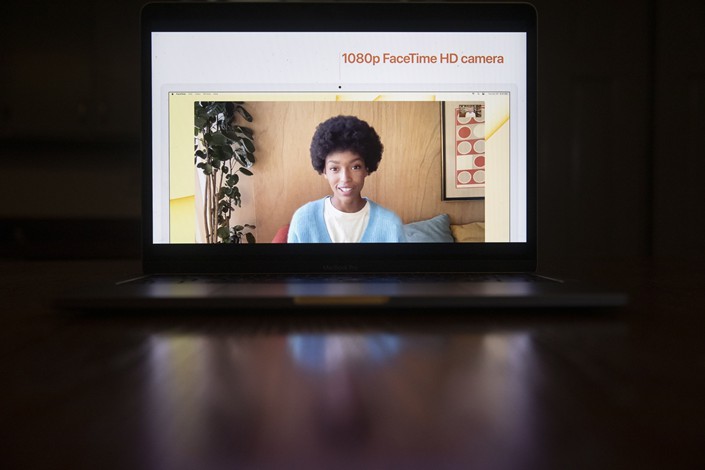 At its Worldwide Developer Conference held virtually on Monday, the company focused heavily on how it has made FaceTime a better experience, clearly with an eye to taking the fight to pandemic teleconferencing darling Zoom. The Cupertino, California-based technology giant also added even more privacy controls, long a selling point it has used to stand out from rivals.

In a message to developers who have accused Apple of inconsistent app review guidelines and an unfair playing field, the company took pains to say it has paid them $230 billion since the App Store launched in 2008 and that 600 million people visit it weekly.

As part of the iOS 15 update for the iPhone, FaceTime is getting higher video and audio quality, the ability to schedule calls and for the first time will let people invite Android and Windows users to chat. FaceTimers will also be able to watch video, listen to music, access apps together and share screens — thanks to a new SharePlay feature. The enhancements will also be offered on iPadOS 15 and the new macOS Monterey update.

To further enhance privacy, Apple is giving users of iOS 15 and iPadOS 15 a new menu showing them in detail what data third-party apps are collecting. The company is making Siri more private, too, keeping the processing of such key tasks as launching apps, setting alarms and changing settings on the device itself rather than sending it to the less-secure web. That also will speed up Siri response times, a frequent complaint.

The Health app is getting an upgrade, too. The Walking Steadiness feature uses sensors to monitor the risk of falling. The company is also adding in-depth explanations for cholesterol data and a new Trends feature to show changes to a person’s health over time. Users will be able to share heart and fitness data collected from an Apple Watch with their doctor or their family members.

Apple announced its biggest revamp to the iPad Home screen — the ability to pin widgets anywhere on the display — since the device’s 2010 debut. The iPad is also getting an improved multitasking system, a new Translate app and an upgraded Notes app.

As part of Apple’s continuing effort to integrate its Mac personal computer line and mobile devices, macOS Monterey lets people use the Mac keyboard and trackpad to control an iPad and drag and drop files between multiple devices. It will now be possible to beam video, presentations and music from an iPhone to the Mac using AirPlay. The Mac is also getting the revamped web browser and new Notes, Maps and Messages apps. Ditto the new notifications and privacy features.

The company also updated the software running on the AirPods and HomePod. The AirPods get a new Conversation Boost feature that let the earbuds act like a hearing aid and amplify outside sounds. They’ll also get an Announce Notifications feature that reads users their alerts and shopping lists. And the Find My app will make it easier to locate the tiny buds. The HomePod mini will also get the ability to be used as a speaker for the Apple TV and as a Siri input device. Apple is also opening up Siri to third-party smart home devices for the first time.

The announcement came as Chinese telecoms giant Huawei Technologies Co. Ltd. announced it would release its home-grown operating system, HarmonyOS, to open-source developers, seeking to grow it into a substitute for overseas platforms running everything from smartphones to TVs to embedded Internet of Things devices.

China’s former leading smartphone-maker, still the world’s largest maker of telecommunications gear, aims to make HarmonyOS a more full-featured alternative to Google-controlled Android operating system after a 2019 U.S. ban prevented it from using many of the most important services on the system in Huawei phones.

Apple announced several other updates, including:

* The Messages app and iMessage service will make it easier for users to find shared photos, music and articles.

* Photos will now let the camera analyze text from images, search for photos from the Home screen Spotlight feature and create albums that play songs in the background from Apple Music.

* The Wallet app will enable the storage of drivers licenses, house keys, work badges and hotel keys in partnership with Hyatt Hotels.

* Redesigned Safari web browser has a new tabs view, the ability to swipe across the screen to move between apps and lets users install third-party web browser tools.

* The Apple Watch gets a minor update, including letting users put photos on the face with a 3D-like interface, new messaging features, a redesigned Home app to control home devices, support for the new Wallet features, a new Mindfulness app and additional workouts.