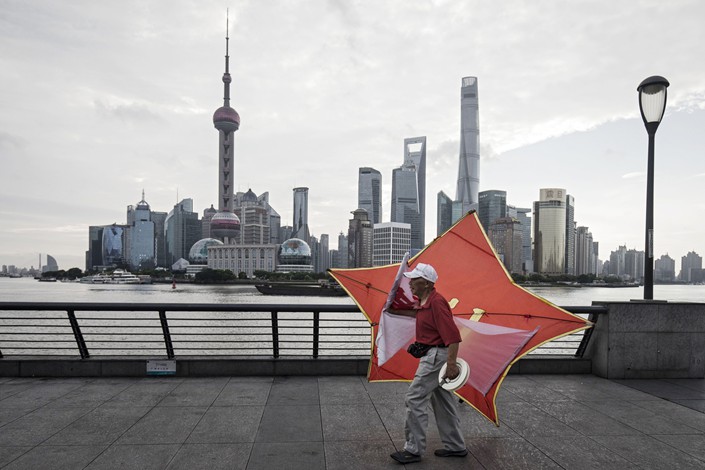 (Bloomberg) — China’s sovereign bonds have defied expectations for a selloff all year but their day of reckoning may be getting closer.

The amount of cash in the banking system has been shrinking based on rising short-term interest rates, while local government debt sales are set to double this week, hoovering up more funds. In another warning sign, the overnight interbank borrowing rate has risen to the highest level since February.

“Investors should be more cautious on the Chinese bond market in June,” said Yin Ruizhe, a fixed-income analyst at China Merchants Securities Co. Ltd. in Shenzhen. “Local government bond issuance will make the market more sensitive to capital needs, especially as liquidity in the banking system has already tightened.”

Benchmark 10-year bonds are yet to factor in much concern, though yields are starting to creep higher. The rate has climbed to 3.15% from as low as 3.07% last month. They are still down from last year’s high of 3.36%.

Traders had been bracing for a rout in China bonds since March after a larger-than-expected quota for the sales of local government debt was announced at the National People’s Congress. The reckoning didn’t come in April or May as municipal governments drew on leftover funds from previous debt sales, and the annual tax season saw less funds being withdrawn than expected.

That’s all changing this month, with the unusual increase in overnight interbank repurchase rate to the highest since February, defying the established pattern of weakness at the start of the month. At the same time, municipal authorities are expected to double debt issuance this week to nearly 295 billion yuan ($46.1 billion) from the previous week.

The overnight interbank borrowing rate rose to 2.3% Monday, and was at one stage six basis points higher than the benchmark seven-day gauge, implying the most inverted funding curve since February. The more expensive short-term liquidity reduces the attractiveness of borrowing cash to invest in government bonds.

The strongest headwind though appears to be the scaling up in local government debt issuance.

There’s a decent possibility that monthly net government bond financing may rise about 1 trillion yuan for some months ahead, Nomura International economists led by Ting Lu in Hong Kong wrote in a research note. Only 26% of net financing has been completed in the first five months of 2021 and Beijing is likely to require local governments to fulfill most of their quota by the end October, they said.

The bounceback in local stocks is also seen a factor likely to push yields higher. The CSI 300 Index has jumped 5.6% in the past month.

“Volatility in the money market is probably rising because of the higher bond issuance in the pipeline and strong equity performance,” said Tommy Xie, head of Greater China research at Oversea-Chinese Banking Corp. in Singapore. That may divert funds away from bonds, he said.