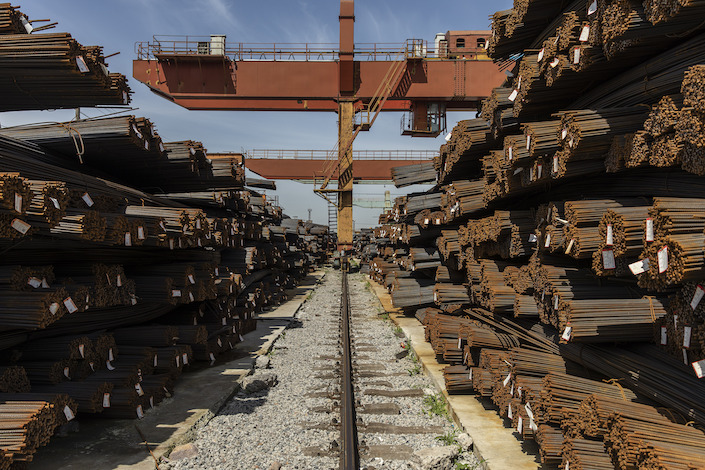 Steel prices are expected to remain at high levels as supply remains tight amid rising demand, industry information provider mysteel.com reported. Demand for steel has remained strong this month, partly reflecting pent-up demand. But the coming rainy season in Southern China may slow purchases. Steel prices are likely to hover at high levels over the coming week, the report said.

Tianjin to shut down three steel mills to cut pollution

Eight people killed in coal mine in central China

Eight people were confirmed dead in a coal mine disaster in central China's Henan Province, local authorities said Monday. The incident occurred Friday afternoon in a colliery operated by Hebi Coal and Electric Co. Ltd. The miners died from suffocation as they were buried under coal, officials said. A series of deadly incidents this year has raised concerns over the country’s mining safety and is expected to drive up investment in mining safety equipment.

Potential auto buyers are likely to see fewer promotions and price cuts in June compared with previous years even though auto dealers are under similar pressures to expand sales in the last month of the second quarter. This year’s broad supply shortages of semiconductor chips, copper, steel and other car-making materials have boosted costs for the auto industry, making manufacturers more reluctant to reduce prices, according to the China Automobile Dealers Association. A good portion of new and used cars, particularly SUVs, have recorded price hikes in May.

The global shipping industry is experiencing two extremes at once — labor shortages and container shortages. Pandemic outbreaks are causing containers to pile up in ports in many countries. In Asia, shipping is booming, but containers are hard to come by, resulting in a sharp rise in container prices. On some international routes, container prices have increased nearly tenfold, CCTV reported.

Continued surges of commodity prices this year are pushing manufacturers to speed up digital transformations to counter narrowing profits. An official at China’s Ministry of Industry and Information Technology said the country will strengthen support for changes by manufacturers, especially micro, small and medium-sized enterprises.

China-Laos railway to open by year-end

The China-Laos Railway’s Jingzhai Tunnel was completed, China State Railway Group Co. Ltd. said. All 167 tunnels along the China-Laos Railway have been drilled through, laying a solid foundation for operation by the end of the year. Exceeding 1,000 kilometers in length, the railway begins in Kunming in Yunnan province and runs south to Vientiane, the capital of Laos.