By Misa Hama and Haruki Kitagawa 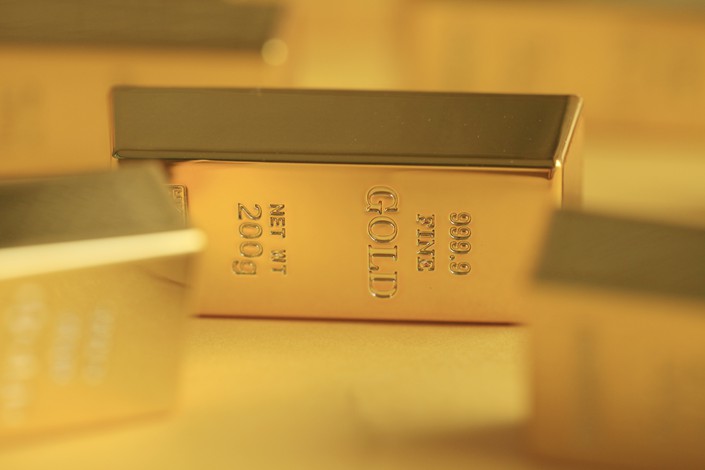 Gold traded in Shanghai was routinely fetching a “Chinese premium” price of roughly $18 per gram over the global benchmark. But that spread began crashing June 2, and the price now sits in discount territory.

“There is a widespread view that stronger monitoring against money laundering by Chinese authorities will spill over to precious metal trades, which has sparked a sell-off,” said Yuichi Ikemizu, chief director of the Japan Bullion Market Association.

On the Shanghai Gold Exchange, 1 gram of gold closed at 385 yuan ($60) on Tuesday. The discount against prices in the London market reached as deep as $33 at one point Monday.

The Shanghai Gold Exchange price has retreated by 2% since the most recent high June 1, far worse than the 0.3% contraction in London over the same period.

Gold prices in China have bounced back from the steep dip in early 2020, when the strict coronavirus lockdown and economic downturn sapped demand for fineries. After China brought the outbreak under control, demand for gold steadily rebounded.

Illustrating the impressive recovery was the spread in favor of the Shanghai prices. Around last summer, Shanghai had a discount of roughly $100 due to soft demand, yet the spread against London turned into a premium by around January.

But the party ended on June 1 when the People's Bank of China announced a draft amendment to the country's anti-money laundering law. Not only would offenders pay heftier fines, the rules would apply to actors other than financial institutions.

Dealers of precious metals, as well as exchanges that engage in spot trading of precious metals, would be treated the same as real estate businesses and accounting firms. This apparently prompted speculators to close out positions on the Shanghai Gold Exchange.

But it is unclear how the proposal, and the subsequent price drop, will affect China's actual demand for gold and jewelry.

“If the price of gold exceeds $1,900 per troy ounce, buying by consumers will slow down,” market analyst Itsuo Toshima said.

U.S. interest rates, the strength of the dollar and other factors on financial markets are more likely to impact gold prices in the short term. But in India, which is also an avid consumer of jewelry like China, demand has dropped off due to the spread of a coronavirus variant. Demand from China and India has propped up gold prices in the first half of the year, but those pillars of support appear at risk of fracturing.