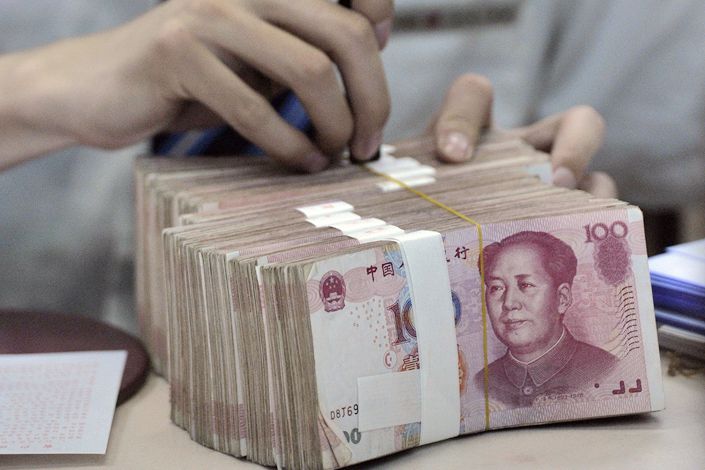 China is ramping up its long-running battle against money laundering and terrorism financing with updated regulations for financial institutions to strengthen their know-your-customer requirements. Photo: VCG

China is tightening oversight of financial institutions with new regulations on know your customer (KYC) requirements as part of a broader campaign to stamp out money laundering and terrorist financing.

Institutions will need to step up their due diligence, identifying the ultimate beneficiary of the accounts they open and maintain for all customers — individuals, companies and other entities — and monitoring all transactions, according to draft revisions (link in Chinese) of 2007 rules jointly released on Wednesday by the People’s Bank of China (PBOC), the China Banking and Insurance Regulatory Commission and the China Securities Regulatory Commission.

While most financial institutions in China have a “satisfactory” understanding of their anti-money laundering compliance obligations, they often do not well understand the money laundering risks they face, the FATF said in its evaluation report in 2019.

Measures to prevent money laundering and terrorist financing at nonbank financial institutions need to be improved, the report said.

China will report back to the FATF on progress to strengthen its implementation of Anti-Money Laundering / Countering the Financing of Terrorism measures in October 2021, it said.

In December, the PBOC set out detailed draft guidelines on how institutions should set up internal control and risk management systems to tackle money laundering, including the establishment or designation of a specialized department to handle the issue, with a senior manager overseeing the work and ensuring its independence.

The Wednesday draft revisions are tougher than the 2007 rules that only stipulated financial institutions needed to verify an account holder’s identity before processing transactions on their behalf. Financial institutions will in future need to identify the true beneficiary owner of their customers’ accounts and they will need to conduct regular due diligence checks, such as tracking transactions and activities, to prevent money laundering and terrorist financing.

The new requirement on beneficiary ownership identification is believed to target individuals and entities who hide their identity through shell companies which are often used to launder money, allowing criminals to legalize their ill-gotten gains, or to transfer money to support their illegal practices.

As part of China’s campaign to combat money laundering, the PBOC has stepped up monitoring and fines on financial institutions for failure to fulfill their KYC responsibilities, prompting complaints from some that they have had difficulties accessing registration information about companies in the government’s database, which has added to their workload.

The central bank last year handed out a record amount of penalties to institutions and their employees who failed to adequately guard against money laundering, with banks receiving the most fines.

It penalized 417 institutions and their staff, issuing a total of 628 million yuan ($97 million) in fines, nearly three times the amount of the previous year, according to a report (link in Chinese) from PricewaterhouseCoopers LLP in January.

Denise Jia and Luo Meihan contributed to this report.