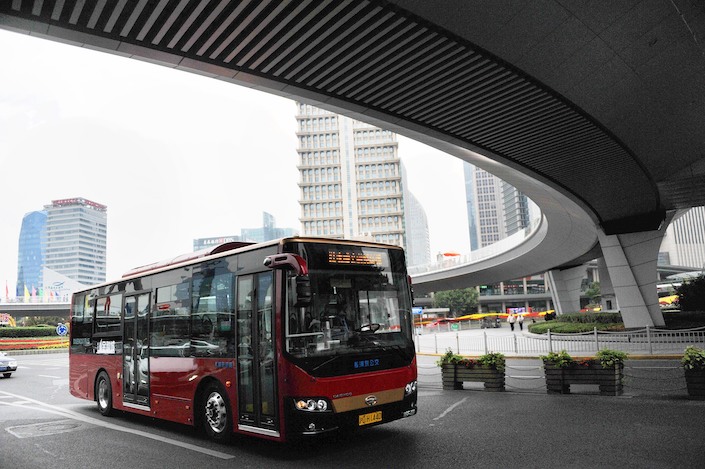 Yunnan Copper Co. Ltd. (000878.SZ) will seek to sell its 63.4% holding in Yunnan Jinsha Mining Industry Co. Ltd. for 721 million yuan ($112.7 million) in a bid to optimize its assets structure, the company said Tuesday. The unit has suffered operating difficulties in recent years and recorded 798 million yuan of losses over the past three years, Yunnan Copper said. All three mines owned by Yunnan Jinsha are not in normal operation, the company said.

The National Mine Safety Administration urged the country’s mining industry to step up safety compliance after several deadly disasters rattled the industry. The regulator vowed to tighten scrutiny of mining sites’ safety standards while toughening punishment for violations.

Shanghai to expand clean energy use in public transportation

The Shanghai government said 96% of buses and taxis on the city’s streets will be powered by clean energy by the end of 2025, up from the current 67%. To reach the goal, the city government will support the electric vehicle industry and the development of hydrogen fuel technology. As of the end of 2020, there were 26,000 renewable energy vehicles operating in the city’s public transport system.

A consortium led by China’s Gezhouba Group Co. Ltd. signed an agreement to build an alumina refinery project in Indonesia. The project involves investment of $1.39 billion and will include an alumina refinery with designed annual capacity of 2 million tons and a coal-fired power plant, among other facilities.