Don’t Bet on the Yuan If You Don’t Want to Lose Money, Forex Chief Warns 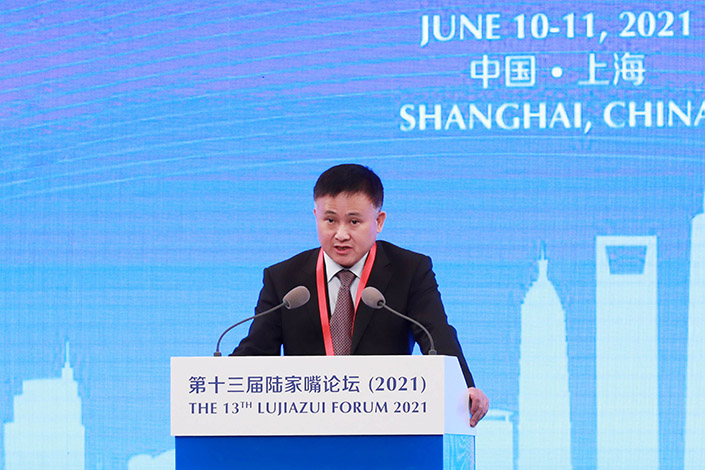 Pan Gongsheng, deputy governor of the People's Bank of China and director of the State Administration of Foreign Exchange, delivered a speech at the 13th Lujiazui Forum, Shanghai, on June 10, 2021. Photo: IC Photo

China’s foreign exchange chief warned against betting on the country’s rapidly appreciating currency, as the regulator seeks to curb speculation and guard against financial risks.

“Do not bet on the appreciation or depreciation of the yuan. Companies who keep gambling on that will definitely lose,” Pan Gongsheng, head of the State Administration of Foreign Exchange and a deputy governor of China’s central bank, said in a speech (link in Chinese) delivered at the 13th Lujiazui Forum in Shanghai on Thursday.

The yuan has been on a tear since the end of March and hit a three-year high against the U.S. currency in May. China’s financial regulators have recently stepped up efforts to stabilize the exchange rate and curb speculation. Last week, the People’s Bank of China told domestic lenders to hold more foreign currencies in reserve, in a bid to ease upward pressure on the yuan.

Two-way fluctuations in the yuan exchange rate will become normal amid complicated domestic and external factors, said Pan. This means exchange rate risk management will have a major impact on companies’ financial performance, especially those with more-active international business, he said.

Companies’ exchange rate risk management should adhere to the principles of serving their main business and focusing on capital preservation rather than capital appreciation, in a bid to keep their finances stable and healthy, Pan said.

A banker who declined to be named told Caixin that many import and export companies prefer speculation, meaning they try to turn a profit from their forex trading, rather than hedging, meaning they aim to reduce forex risk.

Pan said factors including the normalization of China’s monetary policy and the country’s post-Covid economic recovery will continue to have a stabilizing effect on the yuan, but also warned of uncertainties generated by external markets, such as those caused by Covid-induced ultra-loose policies in many other countries.