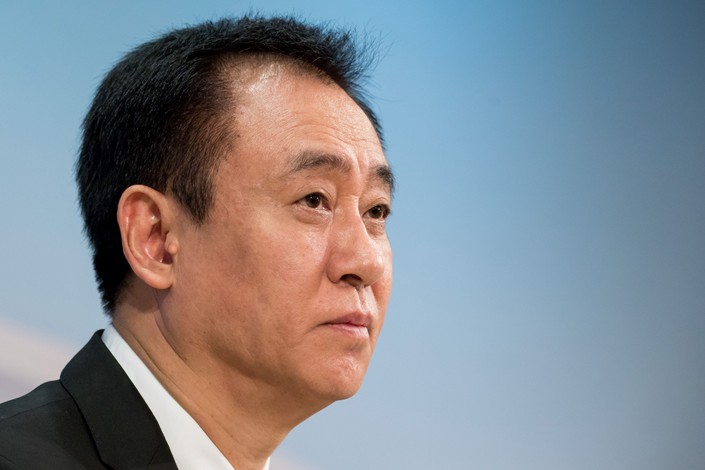 Resurgent concerns about the health of China Evergrande Group, Hui’s flagship property company, have pushed its stock to within a hair’s breadth of the lowest level since March 2020. Bondholders are rushing for the exit too, spooked by missed payments at the developer’s affiliates and a report that regulators are probing Evergrande’s ties to an obscure bank in northern China.

It’s yet another dramatic turn of events for a tycoon whose ups and downs are extreme even by the standards of China’s volatile markets. At $19 billion, Hui’s net worth has tumbled by about a third since he clinched a deal with investors to avert a cash crunch in September. It’s down by more than half from a 2020 peak, according to the Bloomberg Billionaires Index.

The turmoil has the potential to spread much wider. With 1.95 trillion yuan ($305 billion) of liabilities — including dollar bonds that sit in portfolios from Hong Kong to London and New York — Evergrande is the world’s most indebted real estate company and one of the most systemically important borrowers in China.

If Hui fails to revive investor confidence, a liquidity crisis could ripple through the country’s financial system and beyond. The risk has grown serious enough that Chinese regulators recently told banks to conduct a fresh round of stress tests on their exposure to the junk-rated developer.

“If it was in trouble, it clearly would have a significant impact on the Chinese housing market and the general economy,” Lan Deng, a professor at the University of Michigan who studies real estate development in China and the U.S., said by email. “Not only would it expose its lenders to greater financial risk, there could also be possible chain effects spreading across the different sectors of the Chinese economy, given how deeply the economy is tied to real estate development.”

Evergrande didn’t immediately respond to a request for comment on Thursday. It pledged earlier this week to arrange payment for overdue commercial paper at its affiliates and has said its dealings with Shengjing Bank Co. Ltd., a lender in which it owns a stake, are compliant with Chinese law.

The developer has defended its use of sales discounts on certain properties and this week resumed buying back shares, snapping up about HK$475 million ($61 million) worth since Monday. It plans to meet at least one of China’s key regulatory borrowing limits for real estate companies — known as the “three red lines” — by the end of this month.

Hui has options as he tries to put Evergrande on a sounder financial footing. His empire has raised billions of dollars in recent months by selling equity in its property management arm and electric vehicle unit, which is more valuable than Nissan Motor Co. despite having yet to sell a single car. Evergrande has several other units that could be candidates for listings, including its bottled water affiliate and an online home- and car-sales platform.

It’s also benefiting from a buoyant Chinese property market, said Maggie Hu, professor of real estate finance at the Chinese University of Hong Kong. The company took in nearly 52 billion yuan of cash in May as contract sales climbed 6%. It can free up even more cash by slowing land acquisitions and offloading some investment properties and tourism assets, said Edwin Fan, a director at Fitch Ratings.

Evergrande’s fate may ultimately depend on whether Chinese authorities allow banks to keep funding it. As much as 81% of the company’s debt due in 2021 is in the form of bank loans, according to Bloomberg Intelligence analyst Kristy Hung.

A near-term blowup appears unlikely, given that authorities are likely placing a premium on stability during the run-up to the Communist Party’s 100th anniversary on July 1. Officials in Evergrande’s home province of Guangdong helped arrange the deal last year that allowed the developer to avoid a cash crunch. The group photo taken to announce the agreement showed Hui standing in the middle of 35 smiling and clapping strategic investors that had just waived their right to force a $13 billion repayment.

That said, senior Chinese leaders have shown increased willingness to let big companies fail as they try to rein in moral hazard.

HNA Group Co. Ltd., once viewed as one of China’s most well-connected conglomerates, is now in the midst of a court-led restructuring that involves 1.2 trillion yuan of claims from creditors. Several Chinese property companies have defaulted in recent months and questions continue to swirl over the future of state-owned China Huarong Asset Management Co. Ltd., the bad-debt manager that spooked investors by failing to report its 2020 results. Both Huarong and Evergrande have about $21 billion of dollar bonds outstanding.

Hui turned Evergrande from a scrappy Guangdong developer into one of the world’s biggest real estate behemoths in part by taking advantage of creditors’ assumption that his company was too big to fail. These days, that bet no longer looks like a sure thing.