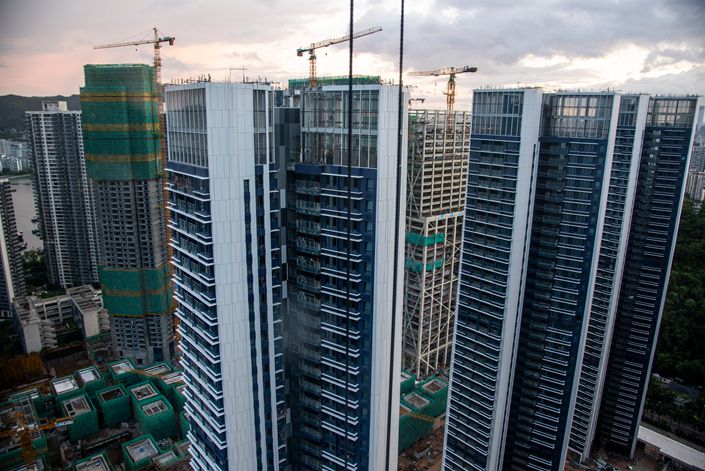 Developers’ net borrowing through bonds in April — the value of newly issued bonds minus the value of those repaid or bought back — came in at 25.4 billion yuan ($4 billion), according to a report released Friday by GF Securities Co. Ltd.

The fact that the figure turned positive last month offers hope that China’s struggling real estate industry has gotten over the repayment hump, and could leave companies with more room to borrow later this year.

Chinese developers issued 75 bonds with a combined value of 76.4 billion yuan last month, more or less the same amount as in March, according to Sun Yang, chief analyst at Shanghai-based property consultant CRIC. Meanwhile, they paid off or bought back around 50.7 billion yuan worth of bonds, about half the amount they did in the previous month, according to data provider Wind Information Co. Ltd.

From August 2020 to March this year, the developers repaid or bought back 143.4 billion yuan more in bonds than they issued, according to the GF Securities report.

These repayments appear to have peaked for the industry in the first quarter of this year, when developers repaid or bought back more than 220 billion yuan worth of bonds, according to data compiled from several research firms. The amount of such bonds coming due or subject to buybacks will be considerably less for each of the next three quarters — 130 billion yuan in the second quarter, 143 billion yuan in the third and 100 billion yuan in the fourth.

China’s real estate companies have been subject to stricter financing rules of late as regulators have sought to rein in leverage and defuse risks in an industry that’s increasingly seen as a potential threat to financial stability. In August, regulators imposed a “three red lines” policy that banned high-leveraged developers from taking on more debt.

Lower repayment pressure in the coming quarters will likely allow companies more room to borrow. China Evergrande Group issued 8.2 billion yuan in bonds in April, the most of any Chinese property developer, according to data from Wind. It was followed by China Vanke Co. Ltd. (000002.SZ), which issued 5.4 billion yuan.