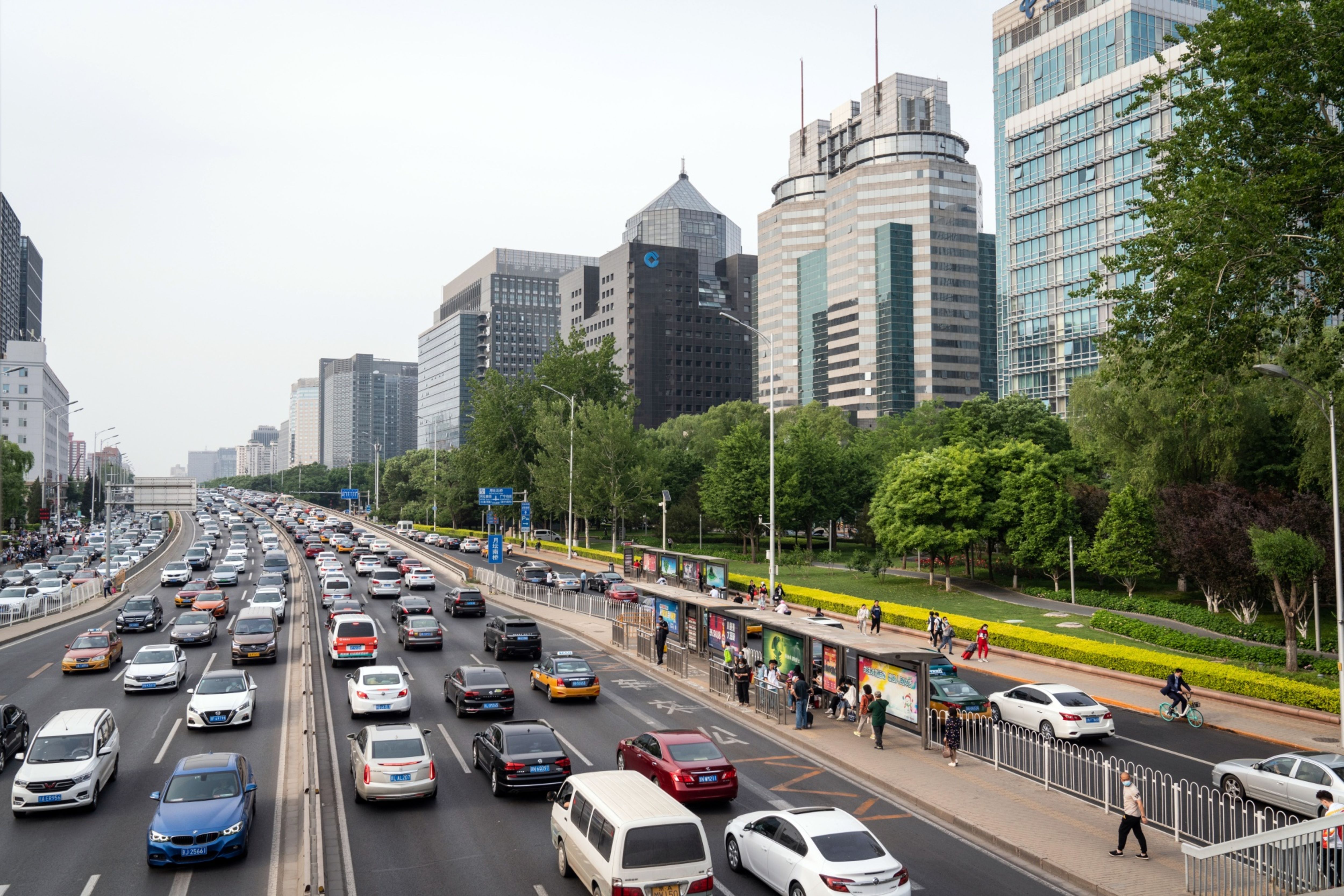 Vehicles travel along a road past buildings near Financial Street in Beijing on May 19. Photo: Bloomberg

(Bloomberg) — China’s meteoric rebound from the Covid-19 pandemic has been a source of strength for global oil demand, and a close look at domestic trends reveals that cars have underpinned the recovery.

Gasoline demand in May was 5% higher than the same period in 2019, according to the median of five estimates from the nation’s top oil companies including China Petroleum & Chemical Corp., better known as Sinopec, and China National Petroleum Corp, as well as industry analysts. Diesel use wasn’t as robust, with most respondents seeing flat consumption last month.

China doesn’t publicly release official monthly oil demand figures, so the survey provides a rare snapshot of the market trajectory. Overall oil demand will be lifted in the second half, said Sengyick Tee, an analyst with SIA Energy, attributing the gain to higher government spending.

According to BloombergNEF estimates, the nation’s apparent diesel demand was 10.04 million tons in April, and gasoline was 11.98 million tons.

While China has faced the occasional Covid-19 flare-up, the nation has managed to swiftly contain each resurgence. That’s given people the confidence to vacation domestically and commute to work, contributing to traffic snarls along major roads in cities as greater mobility lifts motor fuel demand.

Growth in diesel demand, however, has lagged gasoline’s strong showing in previous months due to reduced spending on large-scale government and private sector projects, even as factory operations improved. That has supported the rise in exports of the industrial fuel, a move that’s kept regional markets amply supplied.