By Kang Jia and Cai Xuejiao 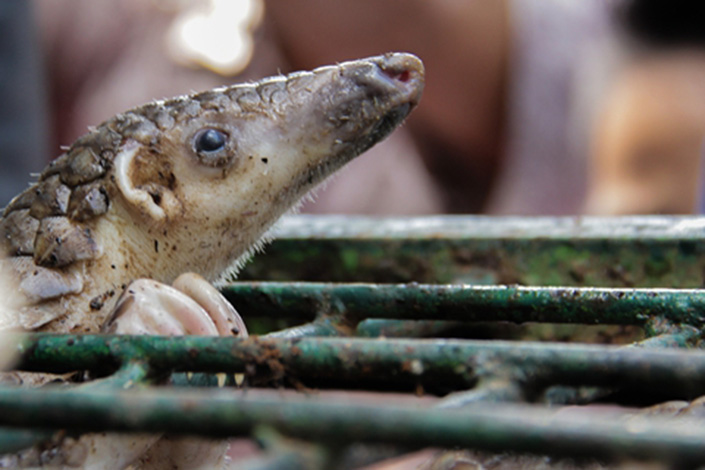 Pangolins were upgraded in China to “level one” protected animals in June last year, although they have been listed as protected since 1989 and pangolin hunting was banned in 2007.

A Beijing court has sentenced a pharmaceutical company owner to 12 years jail and handed jail terms of two to seven years to six employees for illegally trading in pangolin scales and other wildlife products.

The verdict was handed down on May 21 by Beijing Xicheng District Court to Chen Xiangyin, of Beijing Sanhe Pharmaceutical Co. Ltd., and his employees. In addition to the prison terms, the company was fined 2 million yuan ($312,500), and Chen was fined 120,000 yuan.

The ruling follows the arrest of Chen and his deputy general manager, Guo Xuedong, in July 2019 for illegal acquisition and sale of endangered wildlife products. Local police seized 1.1 tons of pangolin products and 835.2 kilograms of antelope horn products at the company’s premises.

Pangolins were upgraded in China to “level one” protected animals in June last year, although they have been listed as protected since 1989 and pangolin hunting was banned in 2007. Pangolin scales can only be used if they are sourced from existing stockpiles, which should be certified by authorities. From 2008, all medical ingredients and products containing pangolin scales are required to display designated labels obtained from authorities on their package.

The price of pangolin scales has increased significantly since 2007, according to Peng Jianjun, a life science professor at the Chongqing Normal University. In 2008, their market price was about 1,200 yuan per kilogram, but by 2016 it had risen to about 2,750 yuan.

According to the court, Beijing Sanhe Pharmaceutical forged documents in 2015 and 2016 to have a fake amount of 11.96 tons of pangolin scales certified by the Beijing Wildlife Protection Nature Reserve Management Station. The company obtained the designated labels required to be put on boxes containing pangolin scales, and also obtained an administrative license from the Beijing Forestry Bureau.

Getting the certification and labels from authorities by using fake documents still required bribes. Chen paid 100,000 yuan in bribes to Wang Minzhong, the then director of the Beijing Wildlife Protection Nature Reserve Management Station.

Wang, who was in his post for 19 years, was earlier convicted of accepting bribes from several companies operating wildlife product businesses. He was arrested in October 2019 and was sentenced to 13 years in prison last July.

The Beijing Municipal No. 2 Intermediate Court determined that between 2006 and 2019, Wang took cash and gifts worth more than 8.01 million yuan from several companies in exchange for aiding their applications for official documents needed for wildlife products.