By Fan Qiaojia and Wang Xintong 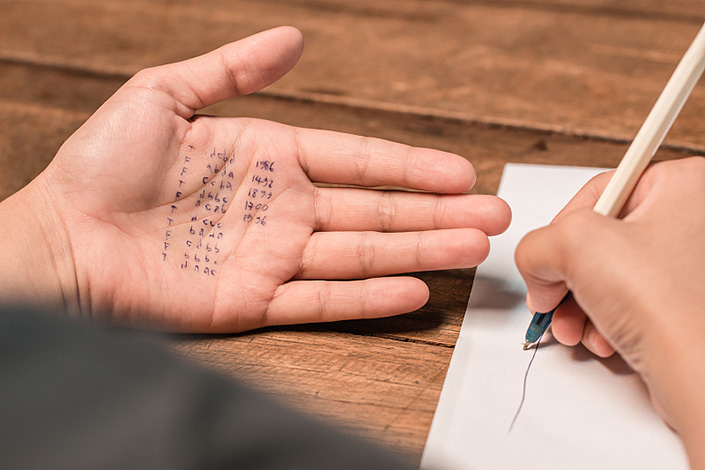 An investigation has found separate incidents of “serious cheating” at two testing sites in East China’s Jiangxi province — the Nanchang Institute of Technology and the Jiangxi College of Engineering. Photo: VCG

After online allegations of cheating on the general college entrance exam sparked official investigations at two Jiangxi universities, a total of 14 people has been detained, including 11 teachers, the East China province’s education authorities announced.

The investigation found separate incidents of “serious cheating” at two testing sites — the Nanchang Institute of Technology and the Jiangxi College of Engineering — during the college entrance exam on June 5, according to a statement (link in Chinese) issued by the provincial authorities Monday.

The college entrance exam, or “gaokao,” is a prerequisite for entry into Chinese universities.

Local police have detained nine people in connection with cheating allegations at the Nanchang Institute, located in the provincial capital of Nanchang, and five people linked to the cheating in the Jiangxi College, located in the city of Xinyu, the statement said. In total, 11 of the detainees are teachers at the two institutions.

On the day of the exam, anonymous social media accounts accused teachers at the Jiangxi College of writing test answers on the door of the toilet used by examinees. Almost all of the students sitting in one of the college’s exam rooms went to that toilet during the test, some of them repeatedly, according to screenshots (link in Chinese) circulating on Twitter-like Chinese social media platform Weibo.

The authorities’ investigation found that a total of 151 students who took the gaokao at the Jiangxi College did cheat. According to the statement, video footage shows “many” students going in and out of the testing room during the exam, and the students’ answers were the “same” as those found to be written on the toilet door. The students’ test results will be invalidated and their behavior will be reported to their schools, the statement said.

Separately, internet users claimed that an educational consultant published test answers in WeChat groups that have more than 370 members, including 81 students, before the start of a test. While, these allegations didn’t specify the date and school, the Jiangxi Provincial Education Examination Authority identified both the school — the Nanchang Institute — and the consultant accused of aiding the cheating.

That person, surnamed Xu, is an employee of Jiangxi Runzhilin Education Consulting Co. Ltd., the authorities’ statement said. Xu was detained after the authorities reported the matter to the police.

However, according to the statement, authorities found no “abnormal” situation during the test after checking footage from the Nanchang Institute’s exam rooms. They also found that none of the students’ answers were similar to those posted to the chat groups, so their tests haven’t been invalided.