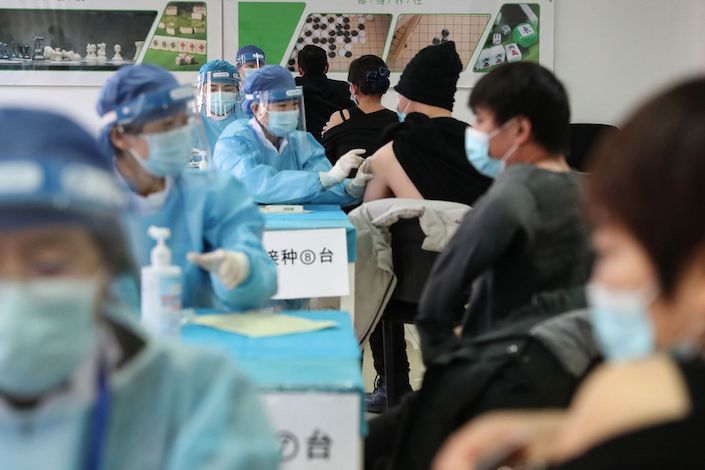 (Bloomberg) — Beijing has fully vaccinated more than 80% of its adult residents as the Chinese capital leads other global hubs in the race for population immunity against Covid-19.

The city has given out a total of 33.4 million Covid vaccine doses since China kicked off its campaign to vaccinate its more than 1.4 billion people in December, according to state-run newspaper the Beijing Daily. Some 15.6 million of the city’s residents were fully vaccinated as of Wednesday, accounting for 72.4% of its total population.

Other major centers are still working to reach those levels. New York City has inoculated 46.8% of its population; London has reached 34.8%; and Singapore has delivered both doses to 34.9%, according to Bloomberg’s Vaccine Tracker.

Elsewhere in Asia, about 4% of Tokyo’s residents have completed inoculations, and opinion surveys have indicated that large numbers of Japanese see the rollout as being too slow. Just 16.3% of people in Hong Kong are fully vaccinated as the government battles widespread hesitancy.

The refusal to loosen those restrictions reflects fears among officials and health experts that new virus mutations emerging globally could puncture the immunity provided by Chinese vaccines, which have been shown to be less effective than the mRNA shots developed by Western pharmaceutical companies and widely used in rich countries.

Beijing has been leading the government’s push for nationwide vaccination, and authorities have doled out incentives to citizens including eggs, cooking oil and even cash. Employees in the vast state sector have been pressured to get their shots.

In total, China has given out more than 923 million vaccine doses as of Tuesday. With roughly 20 million shots per day over the past few weeks, the country is set to reach 1 billion doses sometime next week.

China has not yet started inoculating children and teenagers, though the country’s drug regulator approved two domestically developed Covid vaccines for those age groups.