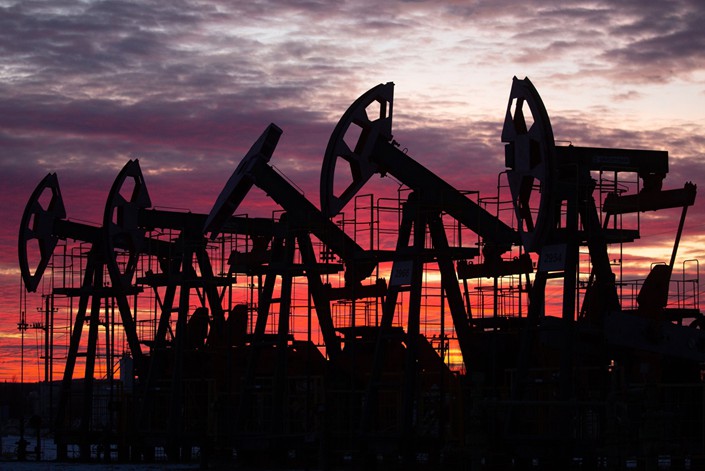 (Bloomberg) — The future of China’s vast oil-refining industry may hinge on what government investigators find in the small seaside city of Panjin.

This little-known energy hub about 300 miles east of Beijing has emerged as the focal point of a probe that industry insiders say could shift the balance of power from the private sector to the state and throw a wrench in the finances of some local governments.

At issue are the private Chinese refiners known as teapots, which have steadily gained market share from state-owned giants like Sinopec Group since the country partially liberalized its oil industry in 2015.

In April, officials from China’s economic planning agency began probing teapots for suspected violations of tax and environmental rules. The investigation has recently escalated in Panjin with the arrival of senior officials from national tax and prosecution departments, according to people familiar with the matter. Some refiners may face significant punishments such as losing access to imported crude, the people said, asking not to be identified discussing a sensitive matter.

The question hanging over Chinese refiners, the cities where they operate and the global network of traders who supply them is how far the crackdown will go. The risk for teapots is that the Panjin probe spreads nationwide, forcing a retrenchment in other hubs like Shandong and Hebei. While few expect a dramatic impact on China’s overall refining capacity or crude imports, some analysts say the nearly six-year rise of teapots relative to their state-run rivals may be coming to an end.

“Recent moves by the Chinese government indicate a change in the wind against the smaller independents,” Yuntao Liu, an analyst at London-based consultant Energy Aspects, wrote in a note with colleagues on June 15. “This is likely to hand power back to the majors.”

The city of 1.4 million people sits atop the Liaohe oilfield and has relied on the energy industry for decades. Pumpjacks still bob up and down in residential areas, with at least one located in the middle of a high school campus. Crude Oil Avenue runs through the main business district and Well Drilling Park offers residents a green space downtown.

Local refiners have grown rapidly in recent years, thanks to rising fuel demand and attractive refining margins. Two Panjin-based teapots were awarded a combined 8% of the total oil import quota given to non-state firms in the first batch of 2021. Quota allocations have since been halted while authorities investigate the industry.

China’s government has yet to comment on its motivations for the probe, but teapots have long been suspected of lax compliance on tax rules. Many have also lagged behind their state-owned peers on meeting stricter emission targets, threatening the country’s ambitious climate goals.

Policy makers have already clamped down on teapots in other ways. In June, they began imposing new taxes on higher-emission fuels including light-cycle oil that have been among the industry’s staple profit earners for years. The government has also started collecting a so-called windfall profit tax on refiners for the first time, after margins ballooned during last year’s oil price crash. Revenue from the levy will help fund the country’s environmental initiatives.

Teapots will likely see their import quota tightened in the second half, with some refiners possibly losing their licenses, said Jean Zou, an analyst at Shanghai-based commodities researcher ICIS-China.

The ripple effects could extend beyond energy markets, given teapots can be an important source of local tax revenue and employment. Local government financing vehicles in Liaoning province, which encompasses Panjin, are among those that have faced the heaviest refinancing pressure in recent months. Plagued by slow growth and an aging population, the area is home to a several prominent defaulters, including state-owned carmaker Brilliance Auto Group Holdings Co.