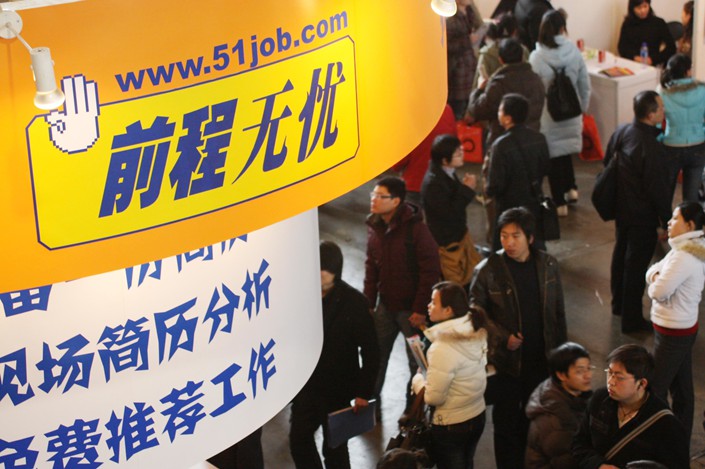 (Bloomberg) — An investor group led by DCP Capital Partners agreed to take 51job Inc. private in a transaction valuing the Chinese recruitment firm at about $5.7 billion.

The consortium, which also includes buyout firm Ocean Link Partners and 51job co-founder and Chief Executive Officer Rick Yan, reached a deal to buy the New York-listed company for $79.05 cash per American depositary share, according to a statement Monday. The bid is 5.9% more than 51job’s Friday close.

The offer represents a 28.9% premium to the last trading day before the consortium’s updated proposal was announced in May. Japan’s Recruit Holdings Co., the biggest shareholder of 51job, is also participating in the transaction, according to the statement. The investor group has lined up as much as $1.825 billion of committed term loan facilities arranged by China Merchants Bank Co. and Shanghai Pudong Development Bank Co.

Bloomberg News reported earlier that the DCP Capital consortium was nearing an agreement. The deal is set to be one of the largest buyouts of a U.S.-listed Chinese company this year, according to data compiled by Bloomberg.

The transaction is expected to close in the second half of 2021, subject to shareholder approval. Investors holding a combined 54.9% voting rights in the company, including Yan and Recruit, have agreed to vote in favor of the deal.