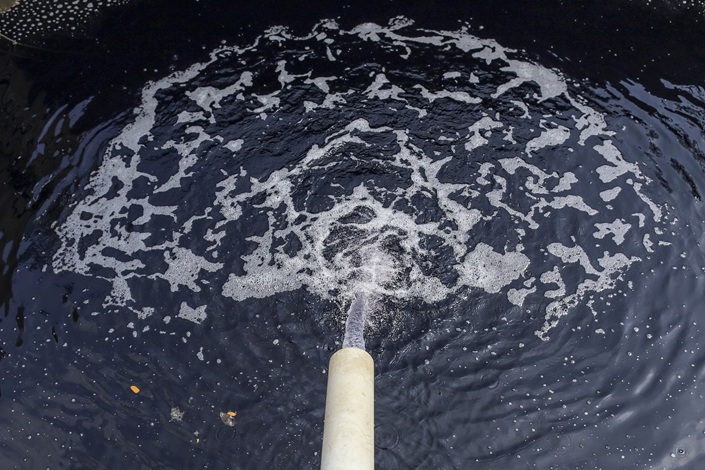 In cases dating back to 2016, Liang Runxiong accepted bribes in exchange for promising to alter certain data related to wastewater samples to be used as evidence in pollution cases. Photo: VCG

Officials in the southern city of Chaozhou have been charged with taking bribes to manipulate environmental monitoring data, as well as accepting kickbacks from individuals and companies.

Prosecutors in Chaozhou’s Xiangqiao district have filed charges against six officials, including Liang Runxiong, the director of the city’s environmental monitoring station, and his deputy director Chen Lue, according to the indictments. Police arrested the two officials in October and November, respectively.

In cases dating back to 2016, Liang had accepted bribes in exchange for promising to alter certain data related to wastewater samples to be used as evidence in pollution cases.

In July 2020, Liang and Chen accepted 10,000 yuan and 3,000 yuan, respectively, from a local electronics manufacturer to issue a false report stating that the wastewater discharged from its factory had met environmental standards. The initial monitoring data showed that the wastewater from the factory contained more copper than was allowed under the regulations.

Local prosecutors have also accused Liang and Chen of conspiring with another official from the environmental monitoring station, surnamed Guo, to receive kickbacks from individuals or companies.

In 2013, while purchasing monitoring equipment for the station, Chen accepted 300,000 yuan in kickbacks from the company that won the bid. The three officials then divided up the money among themselves.

From 2015 to 2018, the three officials accepted 880,000 yuan in total kickbacks from a company that won the bid to help the station monitor water quality in the Fengjiang River basin.

Local prosecutors have also filed charges against three officials from the city environmental bureau’s branch in Chao’an district. According to the local disciplinary watchdog, the three had used their positions to take a “significant” amount of bribes.