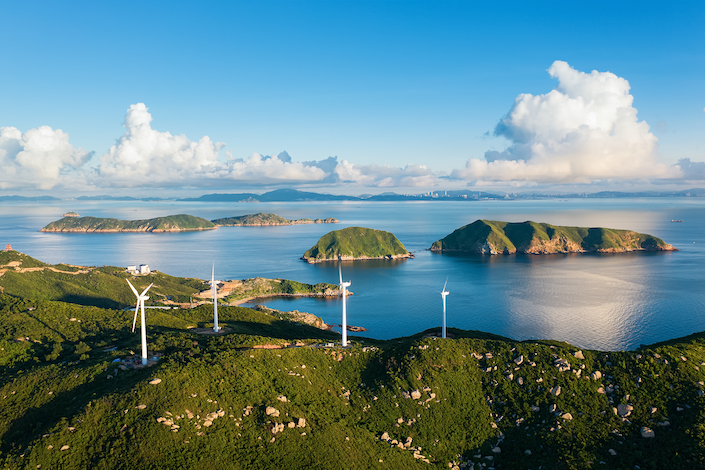 In today’s Caixin energy news wrap: China is set to release metals from strategic reserves for the first time in more than a decade; Guangdong starts spot trading for renewable energy; authorities release details on carbon trading; and the cabinet outlines a plan to develop the vast western region in the next five years

Carbon emission credits traded on the Shanghai Environment and Energy Exchange won’t be allowed to rise or fall more than 10% in a session, according to a notice issued by the exchange. The maximum size of a single transaction will be less than 100,000 tons of carbon dioxide equivalent, the exchange said. The rules spell out limitations for China’s national carbon market before the expected start of trading this month.

China will release copper, zinc and aluminum from its national strategic reserves for the first time in more than a decade, the National Food and Strategic Reserves Administration said, following a run-up in prices on surging demand from the post-pandemic global economic recovery. The administration will sell 20,000 tons of copper, 30,000 tons of zinc and 50,000 tons of aluminum via open competitive bidding on the electronic bidding platform at wuage.com between July 5 and 6.

China Datang Corp. Ltd. published a road map to top out carbon emission before 2030 and reach carbon neutrality by 2060 in accordance with the central government’s goals for fighting climate change. The power giant will increase the share of nonfossil power generation in its total generation capacity to 60% by 2030 to reach the carbon peaking goal and increase the share further to 90% to achieve carbon neutrality.