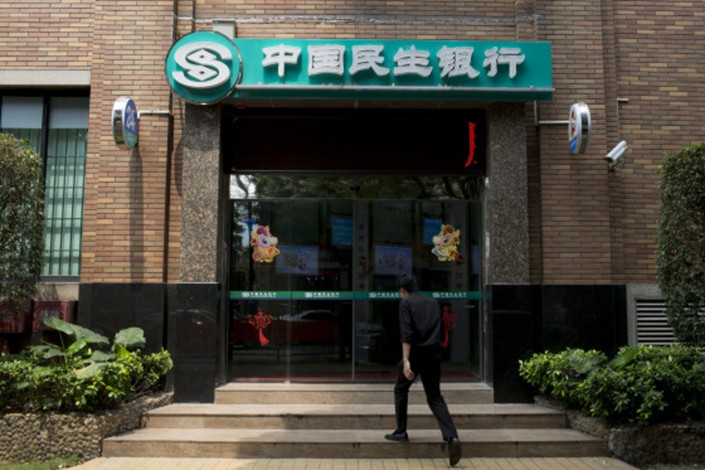 (Bloomberg) — China Minsheng Banking Corp., one of the major creditors to China Evergrande Group, said it has cut its exposure to the embattled property developer over the past nine months.

While Evergrande and its affiliates haven’t defaulted on any interest or principal payments, Minsheng Bank will closely monitor their business operations and financial health, and act if risks occur, the Beijing-based lender said in response to questions from investors on a platform run by the Shanghai Stock Exchange on Wednesday.

Concerns about Evergrande’s financial health are mounting as the developer struggles to convince banks and ratings companies it can execute on a deleveraging plan. Bonds of the world’s most indebted real estate company slumped on Tuesday after Bloomberg News reported several large Chinese banks are restricting credit to the firm. Fitch Ratings also downgraded it deeper into junk territory.

Minsheng didn’t give details on its current exposure to the developer. As of June last year it had 29.3 billion yuan ($4.5 billion) of outstanding loans to the company, more than any other financial institutions, according to an Aug. 24 letter Evergrande sent to provincial authorities warning of a cash crunch.

Most of its loans to Evergrande are backed by land, property and projects in construction and the collateral is adequate and relatively easy to cash in, Minsheng said to investors on Wednesday.

Shares in the bank have dropped 11% in Shanghai this year, underperforming most of its peers and the benchmark Shanghai Composite Index.

With more than $20 billion of offshore bonds, Evergrande stands alongside China Huarong Asset Management Co. as one of the most prolific Chinese issuers of dollar debt. Like Huarong, it’s also considered a litmus test of the government’s willingness to support embattled borrowers as policy makers try to balance sometimes competing goals of maintaining financial stability and reducing moral hazard.

Evergrande hasn’t sold a dollar bond since early last year, Bloomberg-compiled data show. The firm remains heavily reliant on bank funding even after some lenders took preliminary steps to reduce their exposure in the second half of last year. Bank loans and other borrowings from firms including trusts accounted for about 81% of the developer’s 335.5 billion yuan of interest-bearing debt coming due in 2021, according to its latest annual report.