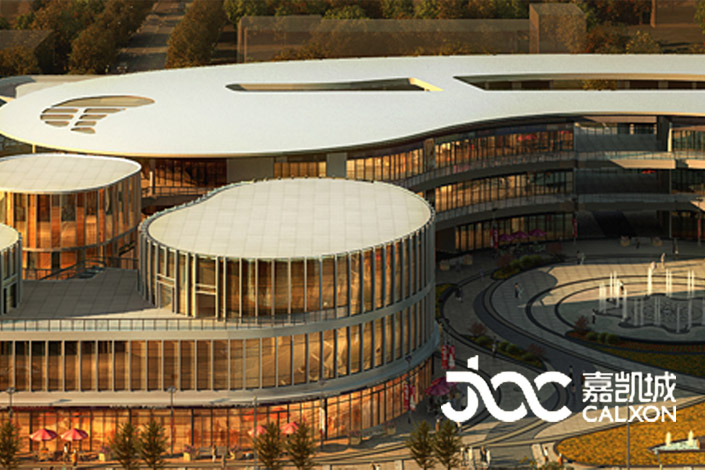 Calxon said that the purpose of the share transfer is to put an end to the competition between itself and its controlling shareholder. Photo: Calxon Group

A unit of the debt-challenged China Evergrande Group plans to sell part of its holdings in a Shenzhen-listed developer in a deal estimated at nearly $400 million amid investor concerns about the real estate giant’s financial health.

The filing did not say what Huajian would offer in exchange for the shares. But based on the closing price of Calxon’s stock on Friday, the transfer would cost the firm an estimated 2.5 billion yuan ($388 million) in cash.

The deal will make Huajian, a privately owned firm focusing on private equity investment, Calxon’s controlling shareholder. The firm’s actual controller, Wang Zhongming, used to be an executive in the Evergrande empire.

Calxon’s shares will be suspended from trading from Monday to prevent news of the deal from causing the stock price to whipsaw, according to the filing. The suspension will likely last no more than five trading days.

After the Hong Kong-listed Evergrande acquired Calxon in 2016, its founder Xu Jiayin promised to take measures to prevent the acquired company from competing with its other property developer units. Calxon then sold some of its real estate assets and tried to get into the movie theater business, which took a hit last year due to the Covid-19 pandemic.

Last year, Calxon’s cinema revenue plummeted 61.6% to 238 million yuan, accounting for about 24% of its total revenue, according to the company’s 2020 annual report (link in Chinese). Property sales remained its largest revenue source, accounting for 60.8% of the total.

In its filing, Calxon said that the purpose of the share transfer is to put an end to the competition between itself and its controlling shareholder, Chiron, a fellow property developer. After the transfer, Chiron will retain 27.9% of the Calxon’s shares, but will give up its voting rights, the filing said.

The deal to offload part of Calxon come as Evergrande continues to struggle with a shortage of cash as it tries to reduce debt in order to meet regulatory requirements for the real estate industry. The company has delayed repayment on some of its commercial paper, a kind of short-term debt security, in some cases by more than one month, according to several holders of the debt.

The company has been trying to boost cash flow by offering big discounts on the homes it sells over the last few months. In late May, Evergrande rolled out a promotion that gave homebuyers an up to 30% to 40% discount if they could pay for a property entirely in cash, multiple company staff said.

At the end of last year, Evergrande remained in violation of every key measure of China’s “three red lines” policy that puts borrowing limits on the real estate industry, Bloomberg reported.

Xu has vowed to meet at least one of the measures by the end of this month and cut interest-bearing liabilities to below 600 billion yuan.