By Yang Ge and Flynn Murphy 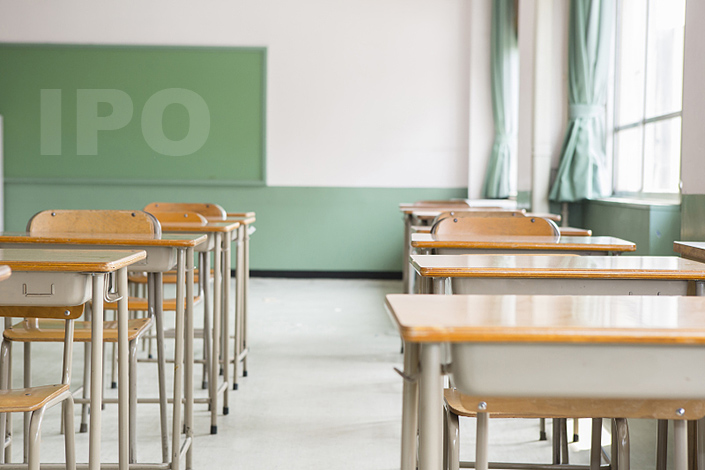 One of the biggest concerns in the education industry has been an amendment to the law requiring all providers of online classes to get permits to continue operating. Photo: VCG

A recent flood of new government oversight is wreaking havoc on China’s vibrant but unruly field of extracurricular educators, with many likely to suffer huge drops in their business or even close by the time the dust finally settles towards the end of this year, companies and observers said.

Until that happens, uncertainty will haunt the bumper crop of companies that make big bucks in the space, including many that are publicly listed in Hong Kong and New York. The group is vying for money that parents from China’s growing middle class are more than willing to spend on after-hours tutoring and instruction to give their children an extra edge for China’s ultracompetitive national college exam.

“The (private) education sector has long been regarded as a bit dodgy, with short seller reports previously rocking some stocks,” said Brock Silvers, chief investment officer at investment advisor Kaiyuan Capital. “This may have impacted Beijing’s willingness to come down hard with new regulations. At this point, I’m not sure any companies in the sector are investable. There’s just too much risk from a regulatory rogue wave.”

That wave has seen Beijing issue a barrage of opinions and notices, and amendments to existing laws over the last two years targeting the sector. Those efforts are all designed to rein in an industry expected to rake in a staggering 1.45 trillion yuan ($224 billion) in annual revenue by 2025, according to research provided in the prospectus of Spark Education Ltd., the latest Chinese educator to file for an IPO with the U.S. securities regulator.

Most of the changes are targeted at providers of online instruction, who have been far less regulated than operators of extracurricular courses provided in traditional classrooms, and who have seen a boost as Covid-19 made them an attractive option for parents.

The magnitude of the changes has yet to be seen, and will depend on the strictness of a wide range of parameters now in play, from operating hours to certifications required. One of the most severe measures could ban all classes on weekends and holidays, when many are now offered.

“The percentage of revenues that would get hit is hard to say because it would depend on whether their core business is in online or offline,” said an investment relations executive who works with many such education companies, speaking on condition of anonymity due to the sensitivity of the situation. “I’d say at least 40% at the bare minimum across the board.”

Rumors have been flying about the potential holiday ban, with Reuters reporting earlier this month that such a measure could eat as much as 70% to 80% of revenue for some firms. “We think that the government will regulate the sector with less hours, less advertisements for sure, but we think that cutting hours to impact more than 70% to 80% of the revenues may not be their intention,” Jenny Tsai, a senior equity analyst at Morningstar, told Caixin.

Tsai is betting that the deeper pockets of dominant players like TAL and New Oriental will help them survive the volatility, which is likely to drive small players out of the market as they struggle to fundraise, resulting in an industry-wide consolidation. Certainty will only come when the full regulations are laid out publicly, she said.

Zhangmen Education Inc., which floated shares in New York earlier this month, and Spark Education Ltd., which filed for a U.S. IPO on Monday, both included lengthy sections in their prospectuses on the many notices, opinions and amended laws that China has rolled out since 2019 to ease the load on overworked students.

The regulatory wave dates back to that year, when the government issued opinions on after-school training and the development of educational mobile apps, according to both companies. The former included measures like time limits on the length of extracurricular classes, while the latter was aimed at regulating the many different interfaces companies were using to conduct their online classes.

That was followed by the amending of China’s Minors Protection Law last October, with the new version taking effect on June 1 this year. Both Zhangmen and Spark said the amended law forbids providing primary school education to minors that are not yet school age. Spark added it also bans lessons that can “aggravate (students’) academic burden” on national holidays, weekends and during winter and summer vacations.

One of the biggest concerns has been another amendment to the nation’s private education law requiring all providers of online classes to get permits to continue operating. The amended law takes effect Sept. 1, which many schools are viewing as a sort of “D-Day” at which time they will have more clarity on their chances of getting licensed.

Many expect some of the smaller, less well-run operators will be denied such licenses.

The entire sector is suffering in the meantime, including even the larger companies. Shares of Koolearn Technology, the online arm of one of China’s oldest private educators, and Gaotu Techedu Inc. —which rebranded from GSX Techedu this month — have both lost about two-thirds of their value this year.

Zhangmen was hit with similar headwinds in its recent IPO, and ultimately only raised about $42 million compared with an originally stated target of $100 million. Spark has given a similar $100 million fundraising target in its newly filed prospectus, but could also be forced to slash that figure.

“The entire education space looks risky given the recent policy developments,” said an analyst at a mid-sized fund manager, speaking on condition his name not be used due to company policy. “A key question the market seems to be grappling with is the extent of regulatory overhaul, which could see successive rounds of increased regulatory scrutiny that leave investors bruised and fatigued from what felt like whiplash.”

The push to get private tutoring online was happening before Covid-19, but as parents panicked about how lockdowns would affect their children’s education it rapidly accelerated. Chinese authorities have been clear about how they see the results: a competitive push for market share has seen many firms sacrifice quality and resort to dodgy marketing techniques.

In January, China's top graft-buster, the Central Commission for Discipline Inspection, published a paper online that said the online learning sector in particular was “chaotic” and riven with regulatory issues resulting from the flood of capital into the space.

“The online education sector has deviated from educational principles, and instead of relying on course-appropriate material and academic results it is being led by the concerns of capital,” the paper said.

Tom Nunlist, a senior analyst at consultancy Trivium, said the sector’s tightening is “moving in an upward trajectory,” and “it’s permanent.” That's evidenced by the creation of a new division under the Ministry of Education this month to regulate all private education — online and offline — for the first time.

There is also concern about what they are actually teaching. But while curriculum controls are part of the picture, the underlying issues really do seem to be about basic quality, Nunlist said. “It’s about what families are really getting for the amount of money that they’re paying.”

The State Administration for Market Regulation (SAMR) has been investigating online tutoring firms along these lines at the same time as the Ministry of Education. The SAMR has fined them for false advertising, hiring unqualified teachers, and a raft of other issues. That’s part of a bigger crackdown on dodgy practices by platform companies, which also overlap with the sector.

In May, Alibaba-backed Baidu edtech spinoff Zuoyebang and Tencent-backed Yuanfudao were each fined 2.5 million yuan ($389,000) by the SAMR for false marketing claims — including in the former’s case professing a partnership with the United Nations.

In April, GSX Techedu Inc. — which has since changed its name to Gaotu Techedu — was among four private education providers fined 500,000 yuan for using false or misleading prices to lure customers.

While the strict rules may force small players out and improve quality standards, the upshot for those companies which survive is that they will do little to address the demand side of the picture, observers said.

Convincing China’s parents that their kids can achieve success without grueling private tutoring schedules will be another thing entirely.