By Huang Yanhao and Lin Jinbing 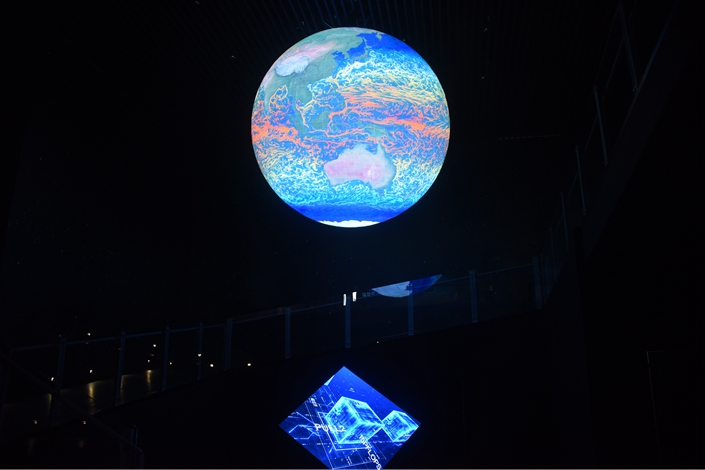 In the country’s latest effort to boost its influence on international climate negotiations, China launched a $200 million Earth simulation lab (link in Chinese) Wednesday, following in the footsteps of the U.S., Japan and some European countries.

Beijing-based EarthLab can help better predict trends in the planet’s climate and its environment, according to an article by the lab’s research team published Wednesday in the peer-reviewed journal Advances in Atmospheric Sciences.

Over the past decades, international climate negotiations, coupled with those on various countries’ commitments to reduce carbon emissions, are among the most complex diplomatic talks, as they impact nations’ economic interests. However, China has long lagged behind other major negotiators due to the lack of its own Earth simulation lab.

“Some developed countries have built specialized Earth simulation facilities, thus securing a leading position in diplomatic negotiations on global climate and environmental change,” local Beijing authorities said in a Wednesday press release on the lab’s launch. In the future, EarthLab will boost China’s standing in this area, the release said.

“China can use its own data as the basis for international climate and environmental negotiations to have a bigger say,” the release cited Zeng Qingcun, an academician at the state-backed Chinese Academy of Sciences (CAS), as saying.

Domestically, EarthLab can help calculate China’s greenhouse gas emissions and map potential patterns of future warming, thus helping the country meet its carbon goals, the release said. Last year, the world’s largest greenhouse gas emitter pledged to bring its carbon emissions to a peak by 2030 and reduce them to net zero by 2060.

EarthLab’s development began in 2018 with an estimated total investment (link in Chinese) of around 1.26 billion yuan ($195 million), according to its website. The lab is expected to advance people’s understanding of the Earth’s past, present and future.

“It is the first comprehensive virtual Earth laboratory in China for simulating the physical climate system, environmental system, ecological system, solid earth system, and space weather system as a whole with a high-performance scientific computing platform,” the research team said in the article.

Apart from projecting climate change risks, EarthLab can also be used for multiple other purposes, including prevention and mitigation of disasters, such as tornadoes and typhoons.

“The topographic environment in China is extremely complex, and thus weather, climate, and environmental disasters occur frequently and seriously with grave losses of life and property,” the article said.

The lab is expected to become fully operational next year, following testing, inspection and approval, according to the article.

It is located in the Miyun Economic Development Zone in the suburbs northeast of the Chinese capital. CAS’s Institute of Atmospheric Physics has been developing the lab, in collaboration with the city’s prestigious Tsinghua University.