Zhou Xiaochuan: The Issues Under Debate Over How China Can Go Carbon Neutral 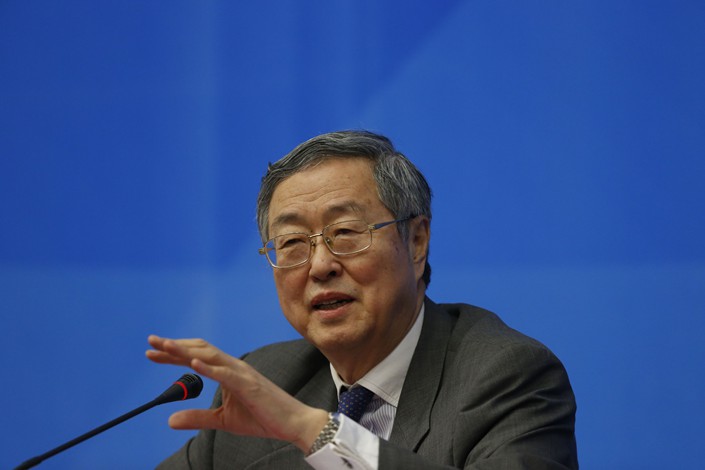 The author is former governor of the People’s Bank of China. The text is adapted from the author’s special address at the Green Swan Global Virtual Conference 2021 on June 4, and edited for clarity.

It is my great pleasure to participate in the Green Swan Conference. I am going to talk about some of domestic issues in China and also the international issues regarding climate change and carbon emissions.

At the very beginning, let me talk a little bit about the development and internal discussion over carbon emissions in China, which is important given China now accounts for almost one-third of the global carbon emissions, according to some statistics. Whether China takes the right path to fulfilling its own targets and contribute to global climate action goals is very important.

One domestic discussion in China is about whether we need to mainly depend on market forces or on administrative measures to cut carbon emissions. Most people say that we need to fully utilize market mechanisms, in particular to provide good incentives for everybody to join efforts to cut emissions. But traditionally, people with a central planning mentality may think that they would draw a comprehensive road map and then pass out the tasks to different departments, different enterprises and different localities.

So one of the discussions is that, if we would like to emphasize the market function, we need to hurry to set out a clear road map to reach China’s 30/60 targets (Editor’s note: China’s pledges to reach peak carbon emissions by 2030 and carbon neutrality by 2060 are known as the 30/60 targets). This goal was announced by President Xi Jinping. But, before that, we had not made good enough preparation — in terms of planning, data collection, measurement and verification.

Therefore, the related authorities in China need to accelerate their work in drawing up a clear road map for how to reach the 30/60 targets, not only on the total initial caps, but also on the major sectors.

Now Chinese authorities say that they are working on the road map for 24 sectors. It is our hope that this kind of road map could come out as soon as possible, so that the market could clearly understand of what we are going to do, and how we set the task for ourselves. One of the important issues is that the carbon market price highly relies on this road map, especially the initial caps in terms of carbon dioxide and GHG (greenhouse gases).

The second issue discussed heatedly in China is on whether the carbon markets are used mainly to adjust supply and demand for the short term, in other words temporarily, or to guide and incentivize investment for relatively longer terms. Although short-term adjustment on supply and demand is important in that it provides signals, owing to the low elasticity of carbon emissions to production and consumption, it is impossible to significantly change or cut emissions in a short period of time. So we have to depend greatly on the investment side to encourage investment in the new R&D, the new equipment, and new technology, and to anticipate that in the future, we could have a much higher capacity to cut the emissions. In regard to designing the carbon market framework, there may be two opinions. One proposes creating a market mainly functioning as a short-term supply-demand adjustment vehicle, while the other emphasizes much on the investment side. My personal feeling is that we must focus on the investment side.

The third issue is related to how to set up a Chinese carbon market. One opinion holds that we may have a marginal quota, or incremental quota to be allocated to producers who may have additional carbon emissions, and gradually expand the quota allocation. But to facilitate the transition, a very large portion of the quotas should be for free at first, meaning price of zero, they argue. And another opinion is that, we need to have quotas to be allocated to those of a negative quota creator, who emit fewer emissions or may have a carbon sink. In that we are now working on 24 sectors and handing out the quotas according to the road map, each kind of activity below the road map trend can be assigned negative quotas to sell in the market, to those that have a positive quota and need to buy the quota. So this kind of allocation may be more effective and have a better incentive function to encourage carbon emission reductions.

The fourth is that we need some inter-temporal instruments to manage the risks in new technology and R&D investments. We need carbon markets to have more of financial characteristics, which can produce the risk management function.

Above are the main issues under discussion in China. I am curious which may draw attention from international observers. International discussions are very helpful for China to embark on a right track in setting up its own carbon market, and to mitigate potential costly risks and mistakes arising during the process.

Some of the international issues are recently discussed in China. One is CBAM, the cross-border adjustment mechanism. People may have different opinions toward it — many Chinese scholars have concerns that it will be linked to trade protectionism and the trade wars. But if we decide to have CBAM, we need also to consider its effects in the long run. Carbon emissions and climate change can depend a lot on the activities in developing countries. And the developed countries already committed to providing a large amount of financial support to developing countries to cut emissions.

Eventually, countries’ carbon markets should be connected to each other, and to have a similar carbon price. But at the initial stage, we could consider practices like China setting up stock market link between Shanghai and Hong Kong, between Shanghai and London, between Shanghai and Frankfurt. This kind of market connection can be controllable. It provides a kind of channel to gradually reach same price of carbon, and meanwhile to realize some kind of financial support and technology transfer from the developed countries the developing countries.

Zhou answered questions after his speech.

Q: If you have to suggest just one thing to coordinate the fight against climate change, what would that be?

Zhou: Internationally there are many issues. I think, for China, which contributes to one-third of global carbon emissions, and for some of the other large developing countries, they need to set up their emission caps as soon as possible. And based on the caps, they need to set up their road maps as soon as possible. It is a manifestation of consensus and determination, and can create the delivery of strong ambitious activities.

Another question we have is about the carbon border adjustment tax. It is a controversial issue indeed. The European Commission may soon put this on its legislative agenda. How can other countries prepare themselves for it?

Several years ago when the adjustment tax idea was created, Chinese negotiators were quite resistant towards this kind of tax, partly because at that time trade protectionism was developing, and partly because during the global financial crisis period, many advanced economies had fiscal balance problems. They needed to spend money to bail out problematic financial institutions and to rescue their economy. So their fiscal deficit and the public debt to GDP ratio were soaring.

People were worried that they use the cross-border adjustment tax incomes to help balance their budget. Meanwhile, in terms of climate change, we need to mobilize a very large amount of funds to invest in the technology, to transform to new equipment, and to do new R&Ds to reach the net zero emission.

I think the consensus is that if we have any kind of domestic carbon tax, or a quota of trading income, or the international adjustment tax, all incoming revenue should be used for cutting emissions. We suggest that all this kind of money should be used for this purpose, especially in terms of buying the quota emission from those with negative quotas, and then the money can automatically flow to those carbon emission reduction activities. Although this may not precisely go to exporting countries for tackling global climate change, the fund can flow from importing countries to those of developing countries especially with labor intensive, energy intensive, and emission intensive exports. I think this kind of flow is the right way to go. Even though we still need to have some technical policy measure to design to reach that, it shows the international consensus and international ambitions to do a good job.

In his speech, Zhou Xiaochuan asked for feedback on which issues related to China’s decarbonization are most interesting to international observers. If you want to share your views, please email Caixin Insight at cgi@caixin.com, and researchers will help pass your thoughts to Zhou.