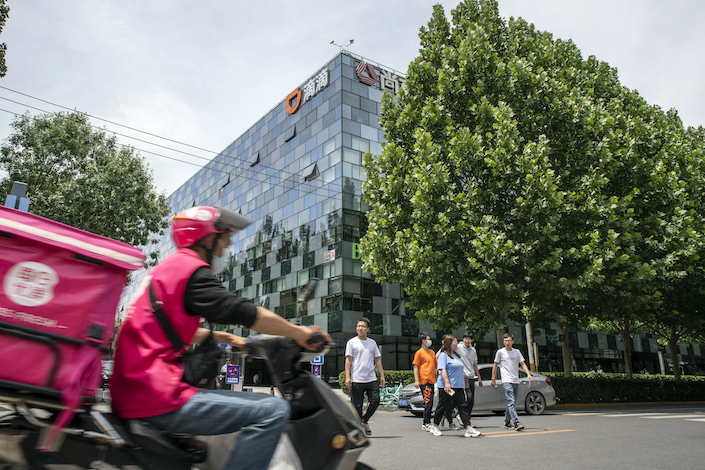 The company’s American depositary shares opened Wednesday at $16.65, rising as much as 29% from the $14 offering price. The shares closed at $14.14, giving Didi a market value of about $68 billion. Accounting for stock options and restricted stock units, the company’s value exceeds $71 billion.

That valuation is still well below the peak of a range that reached $100 billion as recently as a few months ago. The relatively modest showing by the onetime rival of Uber Technologies Inc. reflects both investors’ increasing caution over pricey growth stocks and China’s recent crackdown on its biggest tech players.

Didi sold 317 million shares — about 10% more than originally planned — after marketing them at $13 to $14 apiece. The offering was the second-largest U.S. listing by a Chinese company, trailing only Alibaba Group Holding Ltd.’s $25 billion IPO in 2014, according to data compiled by Bloomberg.

This year is on track to set a record for first-time share sales with more than $365 billion raised globally so far. More recently, creeping inflationary pressures have injected volatility into the IPO market.

The ride-hailing company is grappling with an antitrust probe into China’s internet giants, a source of uncertainty for the company and for businesses such as its major backer Tencent Holdings Ltd.

Didi was among 34 technology companies ordered by regulators in April to correct excesses. It warned in an earlier filing that it couldn’t assure investors that government officials would be satisfied with its efforts or that it would escape penalties. In May, the antitrust watchdog ordered Didi and other leaders in on-demand transport to halt practices from arbitrary price hikes to unfair treatment of drivers.

The company plans to use the IPO funds to invest in technology, expand its presence in some international markets and introduce new products, according to its U.S. filings. It’s planning to make its debut in Western Europe this year and has invested heavily in so-called community buying, one of the hottest e-commerce growth areas in China.

Didi had a net loss of $1.6 billion on revenue of $21.6 billion last year, according to filings with the U.S. Securities and Exchange Commission.