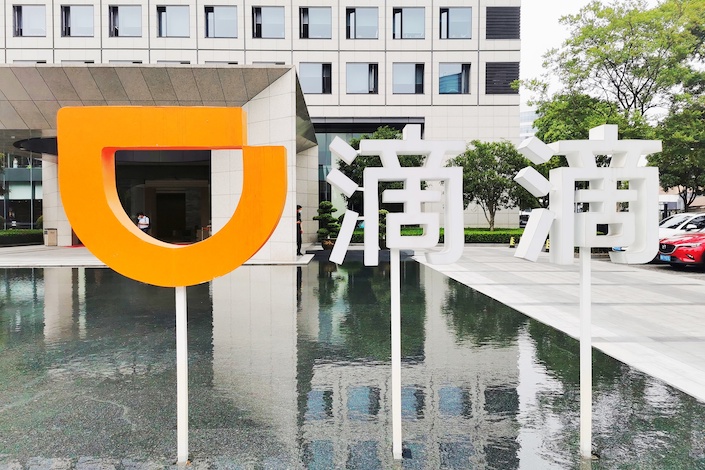 Didi launched research into autonomous driving in 2016 and upgraded the assets to a wholly owned subsidiary in 2019. So far, Didi has set up partnerships with a unit of Beijing Automotive Group (BAIC), Germany’s Volkswagen and Chinese electric carmaker BYD to develop purpose-built cars for its services. The company has also won the green light to test autonomous vehicles in Beijing, Guangzhou, Shanghai and California

During the Shanghai Auto Show in April, Didi announced an agreement with Swedish carmaker Volvo to use Volvo’s XC90 SUVs for its autonomous vehicle tests. The autos would be incorporated into Didi Gemini, Didi’s new self-driving hardware platform.

In November, Didi and BYD launched the D1 as the world’s first fully electric vehicle designed for ride-hailing produced at volume. The car features an assisted driving system and is connected to a fleet management platform that helps optimize vehicle usage and energy management.

Caixin learned that sales of the D1 topped 5,000 units in the first quarter this year, mainly to auto leasing companies. The model has been in use on streets in Changsha, Ningbo and Xiamen.

A lengthy list of Chinese technology heavyweights have announced plans to enter the car market in recent months as the industry rallies behind an unprecedented shift toward electric vehicles (EVs) that are increasingly autonomous and connected.