By Liu Yukun, Zhang Erchi and He Shujing 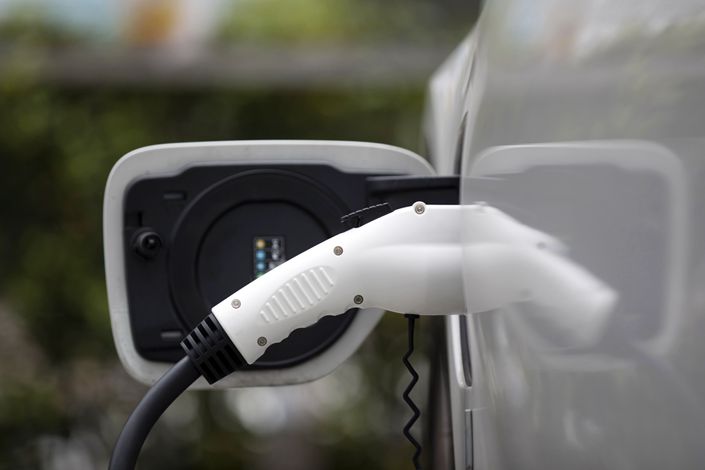 The global electric vehicle (EV) market has been busy in recent months as new players rush in. Investors’ confidence in the fledgling market has been growing since last year, partly fueled by the strong performance of industry leader Tesla Inc.

In 2020, Tesla’s global sales topped 500,000 units, driving a surge in the company’s market value by 743% to more than $800 billion, exceeding the combined totals of established auto giants Volkswagen, Toyota and Daimler.

In China, the world’s largest EV market, a new round of investment is also gathering pace, led by major tech companies. The latest newcomer is smartphone maker Xiaomi Corp., which pledged to invest $10 billion over the next decade to build smart EVs. Xiaomi’s entry fueled expectations that the car-building business can be the next growth opportunity for device makers.

Among all the hardware manufacturers vying to seize a share of the auto market, Apple Inc. was one of the first. In 2014, the tech giant launched Project Titan, to develop self-driving cars. In 2015, Apple COO Jeff Williams said, “The car is the ultimate mobile device.”

At that time, the business model for smart EVs was unclear while the cost of market entry for auto manufacturing remained high. Back then, Tesla was still losing $10,000 for every car sold.

Apple’s car business at that time focused on the research and development of the self-driving system. In a March 2017 interview with Caixin, Apple CEO Tim Cook said the company was researching autonomy, a concept that extends beyond cars and can be applied to many mobile devices with the development of artificial intelligence technology. One month later, Apple was licensed by the California Department of Motor Vehicles for autonomous vehicle testing and began open-road testing of its self-driving software.

After nearly six years of preparation, the launch of a smart EV by Apple seems to get closer. Media reports have said the company has scheduled the launch of the vehicle for 2024 or 2025.

A former Apple employee recently told Caixin that the company is ready to make its own branded cars through partnership with contract auto manufacturers.

Apple has built up a completed system that includes self-developed chips, battery technology, operating system and an ecosystem built on its iSO operating platform, as well as its own map services, said the employee.

Compared with Apple, Xiaomi is likely to face technology constraints in its auto business due to the lack of its own map services that are a key element in the development of autonomous-driving technology, the employee said.

In January, Korean carmaker Hyundai Motor Group and its subsidiary Kia said they were in talks with Apple on manufacturing Apple-branded vehicles. But Hyundai later took down that statement, saying that all talks were in an early stage and no final decisions had been reached.

In a February research report, Guo Mingqi, an analyst at TF International Securities who has been tracking Apple’s business, said Apple is unlikely to work with its major contactor Foxconn to build cars because of the iPhone supplier’s lack of car-building experience. Instead, Apple would seek cooperation with traditional carmakers like Hyundai, General Motors and Groupe PSA, said Guo.

Chinese EV upstart Nio has seen Apple as its biggest competitor. Nio founder William Li said Apple has the ability, funds and technology necessary to make intelligent vehicles. An executive from another auto company who asked not to be named said it usually takes about two years to design and finish production of a new vehicle, and so Apple may not need to wait until 2025 to launch its new car.

But Apple still faces some notable challenges in auto manufacturing, said the executive. As a developer of consumer-grade devices, Apple lacks experience in vehicle-mounted components that will need to adapt to various environments and extreme weathers, he said.

One of the most crucial technologies that will test Apple’s tech capacity is lidar, the automotive radar technology, which is key to achieving a higher level of autonomous driving technology. The highest, Level 5, means the car can drive by itself without human intervention.

Apple last year launched the lidar-equipped iPhone 12 Pro. However, its lidar sensor is still inadequate for automobile use.

The global smart EV boom will push up demand for automotive-grade lidar this year, experts said. Radar makers including American firm Luminar, Suzhou-based Innovusion Inc. and Huawei have set out plans to boost lidar production for auto use. Huawei said its new plant in Dongguan, Guangdong province has the capacity to produce 100,000 auto-grade lidar devices every year. The tech giant said the new capacity will help reduce the lidar price to around $200 from more than $10,000 now.

Huawei has shown similar ambitions in the auto business as Apple, although the company has repeatedly rejected speculation that it would build its own cars.

Huawei has footholds in various key technologies to power self-driving cars, including radar sensors, chips, operating systems and map services. The Shenzhen-based telecommunications-gear maker recently said that it will invest $1 billion this year in self-driving and electric-car technologies.

Huawei said it will focus this year on software research and technologies related to EVs in an effort to move into new growth areas under the assumption that the U.S. won’t lift sanctions that have cut off Huawei from access to much of the global microchip supply.

Huawei set up a designated auto business unit in 2019 with a team of 4,000 people and an annual budget of $500 million. Founder Ren Zhenfei said last year there is no profit requirement on the business for its first six years.

“For Huawei, everything is like a mobile device, and an automobile is just like a smartphone with wheels,” said Wang Chenglu, president of Huawei’s Consumer Business Group. The future car will not be a standalone device but will be built around mobile phones, with mobile phone software applications projected onto vehicle screens, said Wang.

Although Huawei executives have made commitments that the company will remain an auto technology supplier, speculation on Huawei’s foray into car building has only grown stronger.